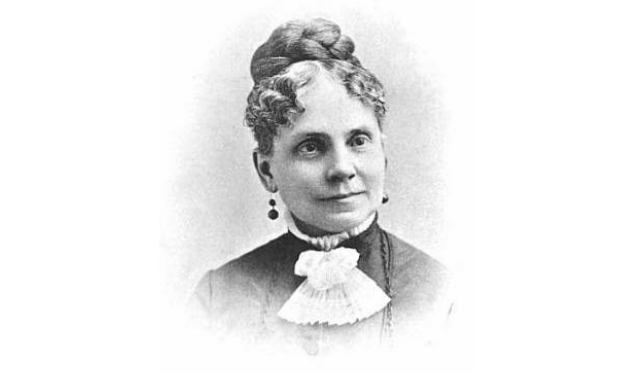 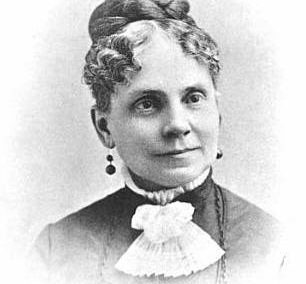 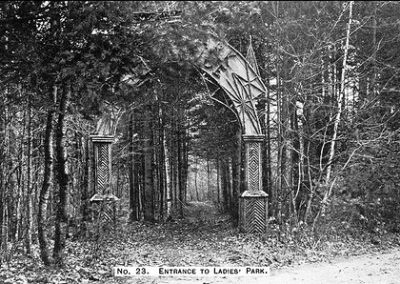 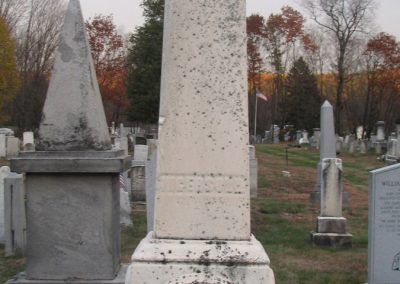 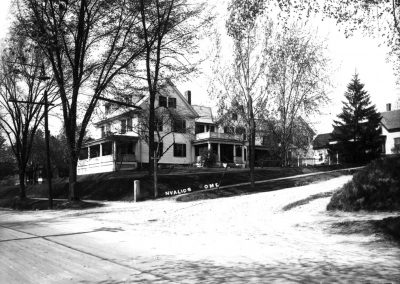 On March 31st, 1827, Caroline Haskell Ingersoll was born in Burlington, Vermont, the third of Harriet Parkhurst and Rev. George Goldthwait Ingersoll’s four children. Despite growing up in Burlington, Caroline had ties to Keene long before her birth. In 1804, Caroline’s paternal grandparents moved into the historic Jesse Clark Homestead on Hurricane Road. By 1850, Caroline and her family were also living in Keene.

Harriet attended Catharine Fiske’s Young Ladies Seminary in Keene, while her father attended Lawrence Academy and Harvard Divinity School in Massachusetts. Despite her connections to these places of higher learning, there is no evidence that Caroline received a formal education beyond  the local female seminary. Caroline was a singer and piano player, remembered by many as an accomplished musician. Her friends remembered her as having “quick, pungent wit,” “rare intelligence,” and “ready repartee.”

After her father died in 1863, Caroline moved into the American House (later known as the Ellis Hotel) with her mother. Caroline became very involved in Keene’s high society and philanthropy. She was said to be involved in the 1876 Centennial celebrations in Keene, which included a parade, a dance, an oration at the Unitarian Church, and fireworks.

Caroline’s interest in the community included land conservation efforts.  Around 1887, she learned that a pine grove between Arch St. and Park Ave. was going to be cut down for lumber. A long time lover of nature, Caroline immediately began raising money to purchase the land and preserve it as a public park. In all, 64 women from Keene and 34 other individuals donated to the cause, raising a total of $1,300. On May 18th, 1887, the land officially became city-owned and was named the Ladies’ Wildwood Park in recognition of all the women who donated. In 1891, Caroline donated an additional acre, and, in 1909, Sarah Haile Dort donated an additional .375 acres, increasing the size of the park to just over 18 acres.

On January 26th, 1893, Caroline Haskell Ingersoll died after a long battle with cancer. She spent her later years in the Invalids Home with a reportedly “constant procession of those who loved her.” In her will, Caroline left her entire estate to various charities and causes. She left $5,000 to Harvard University to establish the “Ingersoll Lectures on Immortality” in her father’s honor. She donated $1,000 to the Keene Public Library, an organization her father helped establish. Caroline also donated $1,000 to the Ladies’ Charitable Society in Keene, $1,000 to the Ladies’ Wildwood Park, $1,000 to the Invalids Home, and $1,200 to Keene to manage the items she donated. Most notably, Caroline donated $1,000 to establish the Allan Ingersoll Fountain in honor of her brother in Central Square. The fountain was added to the common in 1896 and remained there for almost 18 years.

In 1894, Caroline’s friends published a book, A Memorial of Caroline Haskell Ingersoll, in her memory. The book contained a biographical section, letters about Caroline written by her closest friends, and many other things. One friend wrote of her as “a gifted and accomplished woman whose resources of mind and heart were exceptional, whose accomplishments were as varied as they were abundant, [and] whose loyalty to those she loved was ever constant and enduring.” Mary Elizabeth (Wilson) Sherwood, Caroline’s childhood friend, ended her remembrance perfectly, “she died, as she had lived, strong, sympathetic, pure, and generous.”