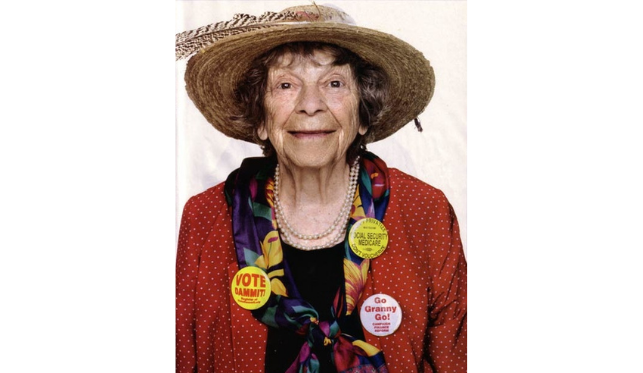 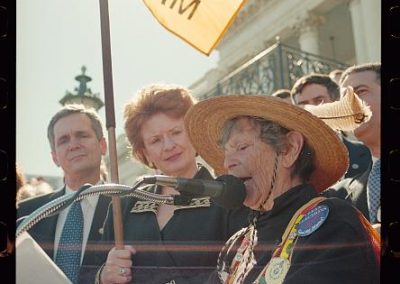 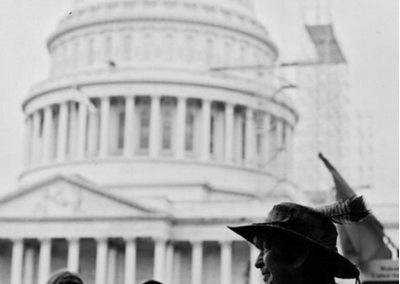 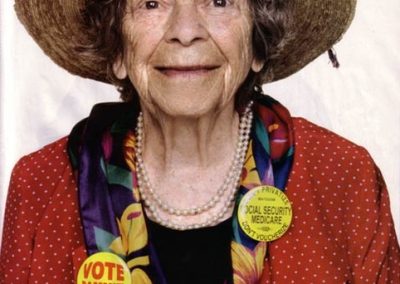 Advocate for campaign finance reform and the founder of Open Democracy.

Born Doris Rollins on January 24th, 1910, Granny D, as she became known, grew up in Laconia, New Hampshire. After graduating from Laconia High School, Rollins enrolled at Emerson College to study acting. At the time, female students were expected to remain single. So, when she married James “Jim” Haddock on December 31st, 1929, she had to keep it a secret from the school. Unfortunately, the college found out and Haddock was expelled after only three years at the college.

The couple moved to Nashua and later Manchester, NH, where they raised their two children, Elizabeth and James Jr.  For the next 20 years, Haddock worked at Bee Bee Show Company as an executive secretary and eventually the assistant to the general manager. In 1972, the couple retired to Dublin, NH, where Haddock became very active within the community. She joined the Planning Board and, in 1985, she successfully protested the plans for a highway to cut through Dublin and Harrisville.

Doris Haddock’s interest in activism seemed to grow with age. In 1960, she and her husband participated in protests against the use of hydrogen bombs in Point Hope, Alaska, which was ultimately supported by President John F. Kennedy. In 1995,  Haddock became more interested in campaign finance reform after Senators John McCain (AZ, R) and Russ Feingold (WI, D) failed to have their reform bill pass in Congress.  Two years later, she started a petition in support of the McCain/Feingold Campaign Finance Reform Bill and gathered over 100,000 signatures, but the petition was ignored by representatives.

After the death of her husband and a close friend, Haddock decided to honor them by walking across the country to advocate for campaign finance reform. After a year of training, she began her walk from Pasadena, California on January 1st, 1999, at the age of 89. Now known across the country as “Granny D,” she covered about 10 miles a day, giving speeches along the way and gathering increased support for her cause. Granny D walked over 1,000 miles through the desert, climbed the Appalachian mountains through blizzards, and skied over 100 miles after a historic snowstorm covered the roads. Finally, after 14 months and 3,200 miles, Haddock made it to Washington, DC, where over 2,000 supporters and several dozen members of congress waited. It took another two years for the McCain/Feingold bill to pass, during which time Doris was arrested twice during demonstrations.

In 2003, Doris turned her attention to voter registration issues in America. She drove around the country, covering 22,000 miles to help register voters, particularly working women and minorities. When she decided to run for the US Senate, Haddock cut her trip short. Staying true to her beliefs, she ran a grassroots campaign against incumbent Republican Judd Gregg and managed to capture 34% of the vote. In 2007, a documentary was made about the Granny D campaign entitled “Run Granny Run.”

In 2009, at the age of 99, Haddock founded a non-profit organization, Open Democracy, to ensure “political equality for all through an open, accountable, trusted government free from the corruption of big money politics.” She wrote two memoirs about her fight for campaign finance reform, entitled Granny D: Walking Across America in My Ninetieth Year and Granny D: You’re Never Too Old to Raise a Little Hell.

On March 9th, 2010, six weeks after her 100th birthday, Doris “Granny D” Haddock died at her son’s home in Dublin. Now, over a decade since her death, Granny D’s legacy is very much alive. Her non-profit, Open Democracy, is still working toward its mission, and people advocate for campaign finance reform and voter involvement in her name.

(Images associated with this biography are used for nonprofit, educational purposes only.  All rights and credits to go its rightful owners.  No copyright infringement intended)