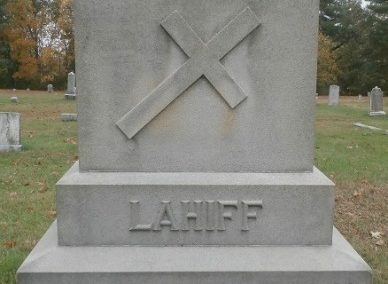 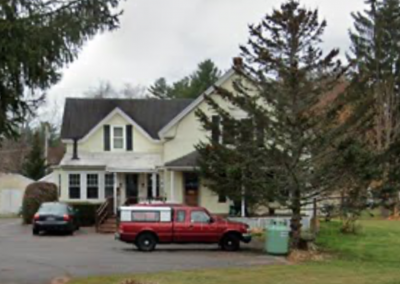 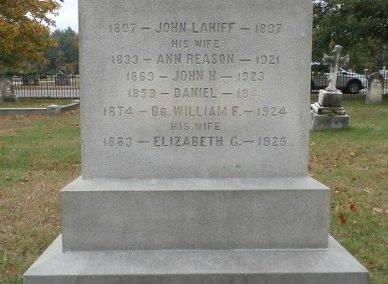 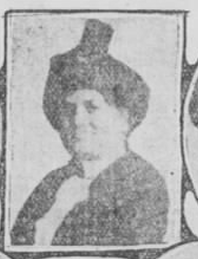 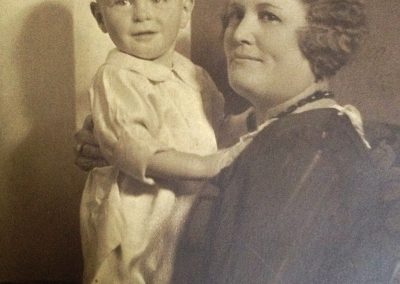 One of the first females elected to the Keene Board of Selectmen.

In December 1920, the Boston Post newspaper reported on the number of women from Keene, New Hampshire, who sought municipal suffrage.  Republican candidate and Canadian immigrant, Mrs. Elizabeth LaHiff, became one of the first females elected to the city’s board of selectmen.

Elizabeth Gertrude Smith was born in Prince Edward Island, Canada on December 27, 1883 to Eliza McKenna and George Smith. She was the ninth child born in the household; four more would follow.  When Elizabeth was 12 years old her family emigrated to the United States.  Four years later, she became a naturalized citizen at the age of 16 years.

In 1910 Elizabeth was living and working in Leominster, Massachusetts, as a shirt maker with two of her sisters. On June 5th, 1912, at the age of 28, Elizabeth married William Franklin Lahiff.  Born the son of Irish Immigrants, William worked as an optometrist and a minstrel show singer/director at the time of their marriage.  They soon moved to Keene, NH, and raised their son, William (b1923).

After gaining the right to vote in August 1920, Elizabeth ran for Keene board of selectmen that fall and was elected to serve in December of that year.  She was one of seven women elected to office at the time and one of two elected to the Board. The Boston Post wrote about her election, “Mrs Elizabeth Lahiff resides on Main Street with her husband, William F. Lahiff local optician. She gained political recognition as a result of her work recruiting women for the Republican Party at the State and National elections. She is a member of the Wachusett Grange of Leominster, Mass, and the auxiliary to the local American Legion.”

On October 24th, 1925 Elizabeth Gertrude Lahiff died unexpectedly, a year after her husband.  She is buried in the Catholic Cemetery in Keene.  Elizabeth left behind a legacy of public service, hard work, and advocacy for women.