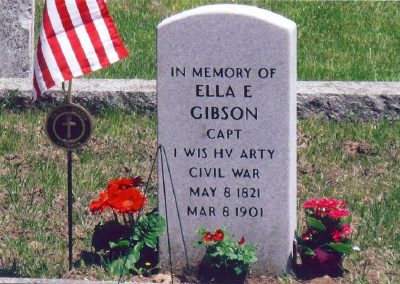 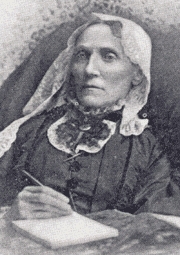 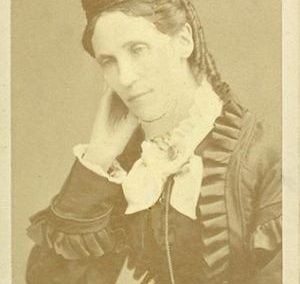 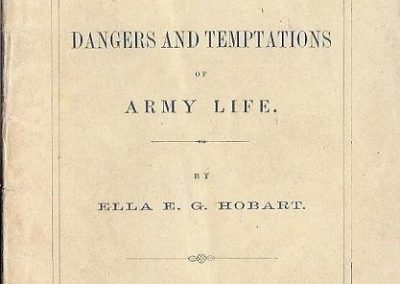 The First Woman Chaplain of the U.S Army

Ella Elvira Gibson was born May 6th of 1821 in Winchendon, Massachusetts. When she was 5 years old Ella and her family moved to Rindge, New Hampshire where she grew up on the family farm. Ella attended a local school and at the age of fifteen began teaching. Forced to give up teaching because of an illness, Ella then began lecturing and writing at the age of 27. She wrote articles for one the leading farm journals in the country, the Boston Cultivator, and by 1860 had given hundreds of lectures across the world. What made Ella stand out was the fact that she would not prepare before giving speeches, and her topics were often chosen by her audience, such as reform. When the Civil War broke out, Ella was lecturing in the west, prompting her to offer her services to start soldier’s aid societies and raise money for the Sanitary Commission, which supported sick and wounded soldiers of the Union Army.

In 1861 Ella married Reverend John Hobart in Geneva, Wisconsin. When her husband was elected chaplain of the 8th Wisconsin Regiment in the same year, Ella assisted her husband in his duties and nursed sick and wounded soldiers. After the couple separated in 1864, Ella applied for and was elected to the office of chaplaincy of the 1st Wisconsin Heavy Artillery. In time, the Governor of Wisconsin was asked by the Colonel of her regiment to commission Ella into the Union army.  Because of her gender, the governor felt that she was not officially eligible for the position. The army’s request eventually made its way to President Lincoln, who decided that he had no legal standing in the matter nor did he have any objections to such a commission. Unfortunately, the decision fell to Secretary of War Edwin McCasters Stanton who did not wish to set a precedent by commissioning women.

In the end, Ella Gibson remained in her position as chaplain without being mustered into the army. In the years following the war, Ella fought to receive proper pay and pension for her service as chaplain. Her determination awarded her with pay but no pension. Because of her determination and stride Ella paved the way for women in the Army.

One hundred years after her death a military appropriations bill of 2001, the 107th Congress, Senate Bill 1438 became Public Law 107-107 (2002), posthumously granted her the grade of captain in the Chaplains Corps of the U.S. Army.