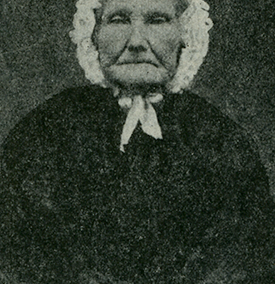 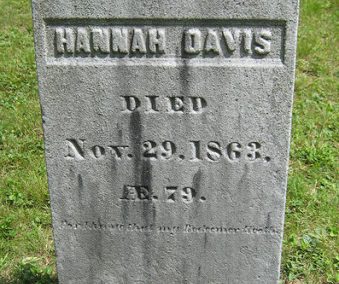 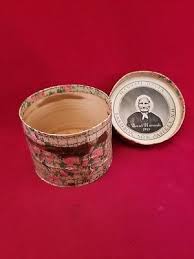 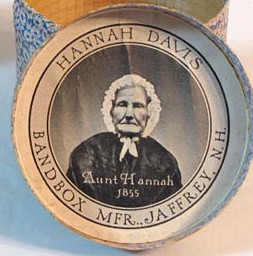 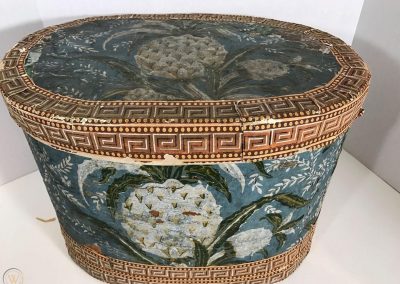 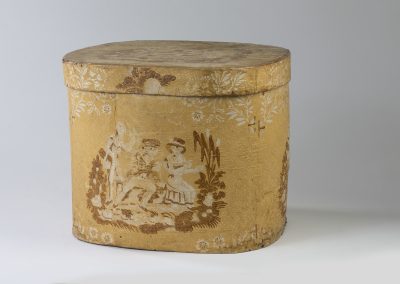 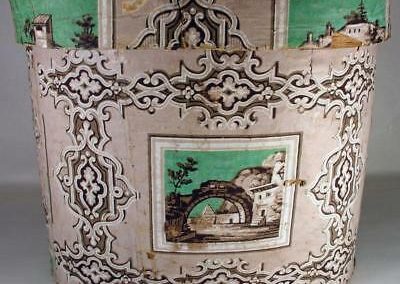 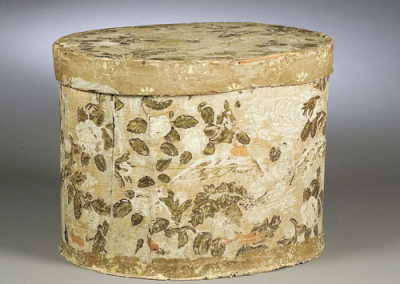 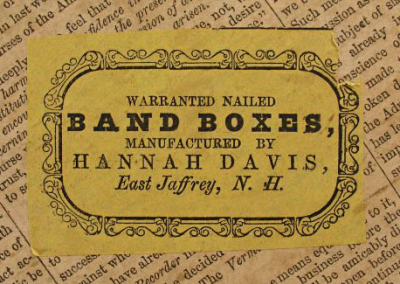 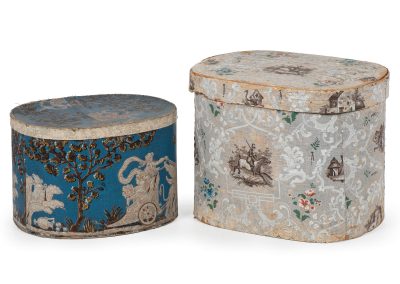 Hannah Davis was born in 1784, the daughter of skilled clockmaker Peter Davis.  After her father’s death while still young, Davis grew up living with her mother Hannah and close to her grandfather, local millwright John Eaton.  She may have learned woodworking from her grandfather at this time. After the death of her mother in 1818, Davis established a band box factory– designed by a woman, for women and hiring female employees.  Band boxes were round or oval wooden boxes, covered in wallpaper, and used to store hats, shoes and other clothing items. They were often used as storage in the home and could be easily taken when traveling.

She began her business in her shed, splitting well-seasoned old growth spruce into scabbards (wide strips 1/16” thick). She then steamed and bent them around forms to make sides.  Tops and bottoms were sawn out of ½” thick pine. Insides were lined with newspaper, which sometimes help to date the boxes today. Exteriors were lined with wallpaper. Labels have been found on some band boxes printed with “Warranted. Nailed. Band Boxes made by Hannah Davis, Jaffrey, NH”

As Davis’ boxes became more popular, her business grew and, soon, boxes were being sold outside large mills in cities such as Manchester, NH and Lowell, MA to mill girls.  Prices ranged from 12 cents to 50 cents each during the 1820s-1840s. Hannah Davis died in 1863. Today her band boxes are highly collectible and can be found in museums across the country.