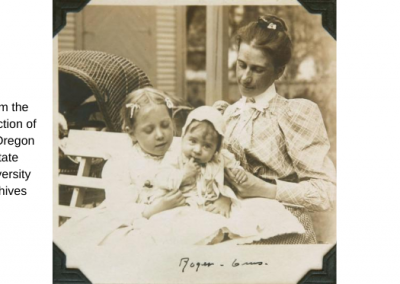 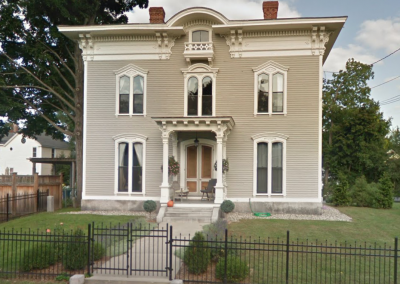 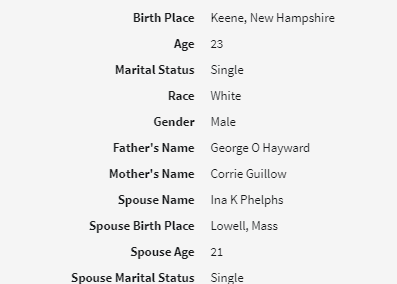 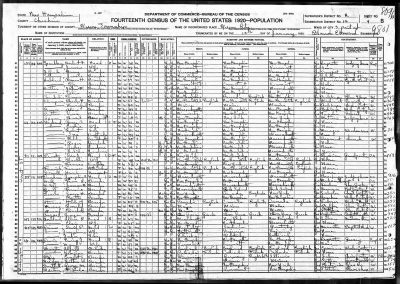 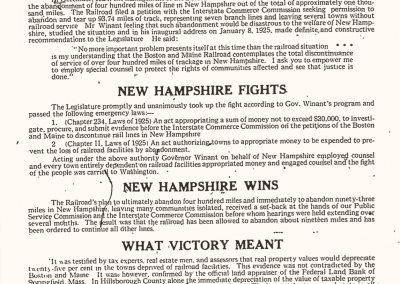 A suffragette and city councilor.

On August 21st, 1871 Ina Phelps was born in Lowell, Massachusetts to famous American artist William Preston Phelps and his wife Anna Kitteridge. William Phelps is best known for his numerous portraits of Mount Monadnock, but, nationally he is recognized as the first known painter of the Grand Canyon. As a young girl, Ina traveled with her parents and siblings to Europe while her father painted.  Ina took an interest in art as well; twelve sketches made by her and her son, Roger (who grew up to be an artist), are in the Smithsonian Archives of American Art.

At age 22, Ina Phelps married Robert Hayward in Chesham, New Hampshire on March 21st, 1893. Together they had five children: Hilda in 1894, Phelps in 1895, Roger in 1899, and twins Julian and George in 1905. Husband Robert worked in a variety of occupations, eventually becoming a “weather observer” for the city of Keene. Their house on Summit Road, nicknamed “the Knoll”, was used as a weather station in the late 1920s.

In 1912, Ina Hayward and other female leaders reorganized the local suffrage cause, forming the Keene Equal Suffrage League, a nonpartisan group open to both men and women.  The League was inspired by a speech by suffragist Dr. Anna Howard Shaw who argued that the fundamental idea of a democracy is the right of self-government- the right of the citizens to choose their own representatives and to enact laws by which they shall be governed.

Meetings were held in the Hayward home at 101 Court Street to fulfill its mission, “the promotion of equal suffrage.  Ina Hayward remained very active in the Suffrage movement throughout the 1910s and, after Congress passed the 19th amendment in June 1919, she became one of the first ten women in Keene to line up to register to vote the following summer.

Hayward was also a founding member of the Federated Keene Woman’s Club in 1920, serving as its first President. The federated club sought to consolidate the efforts of many social women’s clubs in the city with a new purpose, to promote social and intellectual improvement, develop philanthropic work, and stimulate public spirit in Keene.  In its first meeting, Hayward outlined her position, “Today marks the passing of hundreds of these earlier types of women’s social activities which in this country have served their mission long and faithfully. This is the hour in this, our own city, in which we pledge ourselves to a new order of procedure and a more progressive widening of our horizon.”

Ina Hayward’s progressive nature led her to participate in other local organizations known for their work in preventing cruelty to animals and children, to aiding the sick, and preserving local history.  She also served as secretary of the Keene Humane Society, alongside Jennie B. Powers, for over twenty years. Additionally. Hayward was a member of the Daughters of the American Revolution, the Keene Hospital Aid Society, the Historical Society of Cheshire County (treasurer in 1934), and the Unitarian Church.

By the 1920s, Ina Hayward became interested in both local and state politics.  From 1922-1925, Ina Hayward represented Ward 3 on the Keene City Council, where she served on the Finance Committee and Public Parks Committee. She delved further into politics the following year, serving on Republican Governor John Winant’s reelection Executive Committee.

Ina Hayward died on March 1st, 1944 in Keene. She is remembered as an avid advocate for women’s rights and an active member of the community.