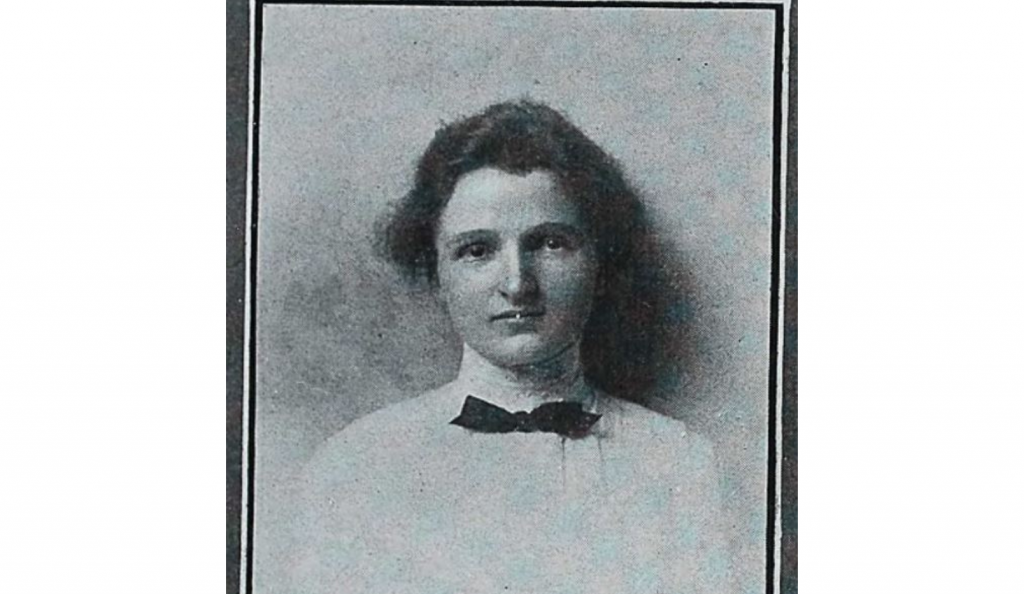 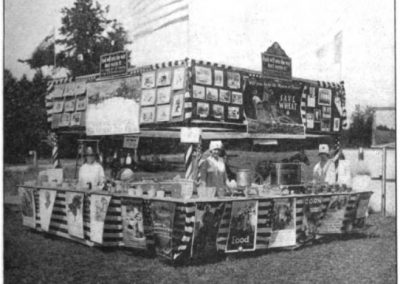 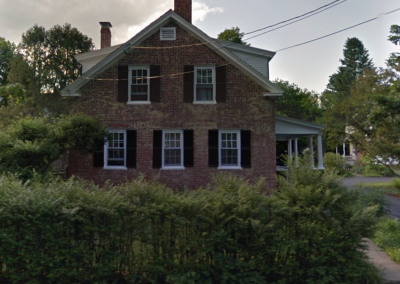 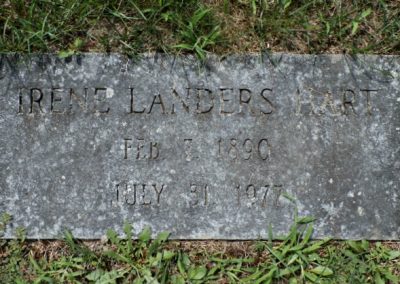 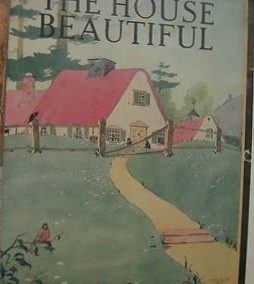 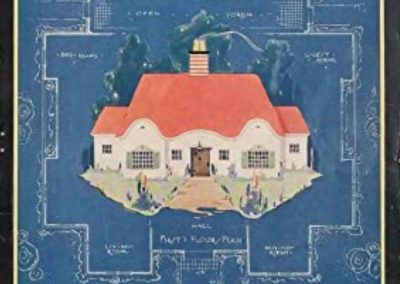 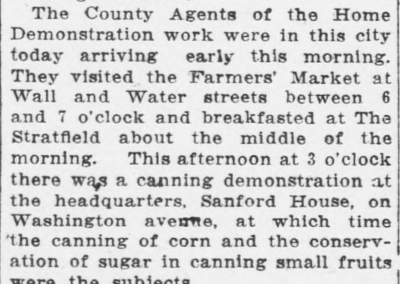 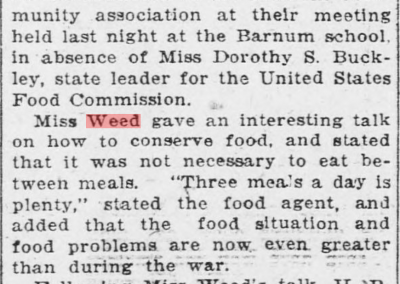 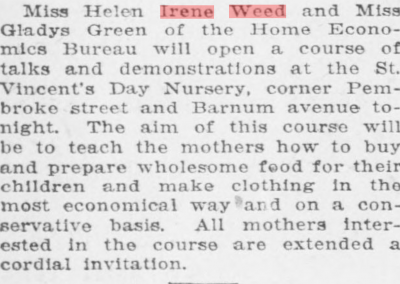 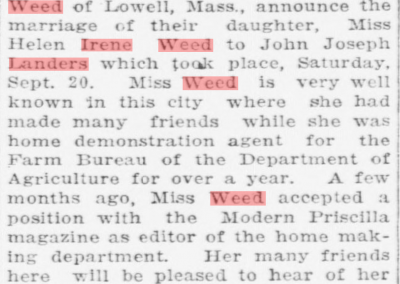 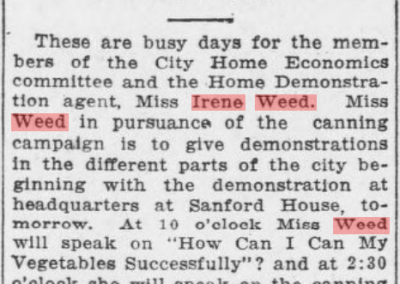 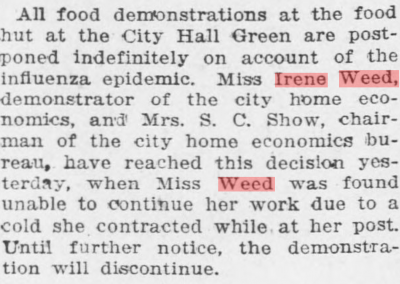 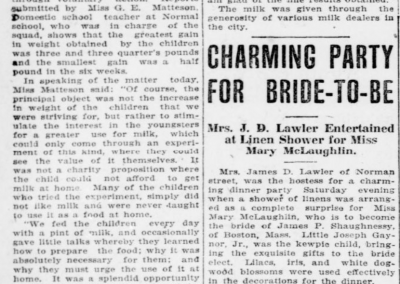 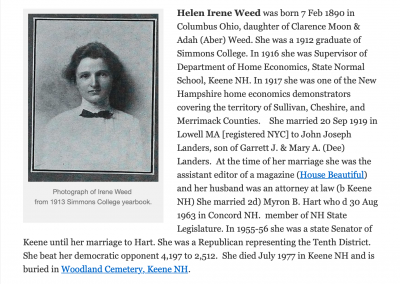 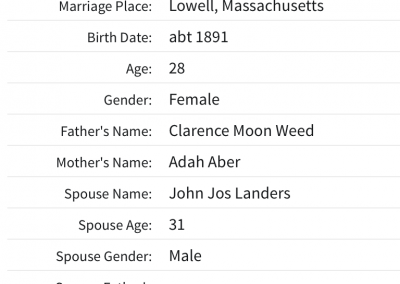 Director of the Food Army during World War I, New Hampshire State Representative and State Senator.

On February 7th, 1890, Helen Irene Weed was born in Ohio the first of Adah Aber and Clarence Weed’s three children. Clarence worked as an entomologist (the study of insects) and was one of only six Americans to discover a new species of Harvestmen Opiliones (spiders). His work as a professor led the family to move east to New England.

Irene, as she was best known, graduated from Simmons College in 1912, and took graduate courses at Columbia University in 1913. Her area of study was Home Economics, a course “aimed to teach women how to spend the income earned by the husband.” Irene became the first Superintendent of the Home Economics Department at Keene Normal School in 1914.

That same year, the University of New Hampshire established a program in home economics, which promptly doubled the number of women enrolled in the college. The students were taught in food theory, home maintenance, labor and time-saving devices, table service, laundry, personal hygiene, making and repairing clothing, nutrition, food’s chemical composition, dietetics, history and development of the family, legal and ethical problems facing today’s families, sex education, social hygiene, heredity, and the history of the house.

In April of 1917, the United States joined Europe in World War I, requiring women across the country to ration food and other products. Irene became the Cheshire County director for Hoover’s Food Army. She was one of nine women hired by the New Hampshire Women’s Council on National Defense to demonstrate food preparation and preservation on a tight budget. Irene’s territory included Cheshire, Sullivan, and parts of Merrimack County.

At times, she traveled to other areas of New England as well to teach home economics. In Bridgeport, Connecticut she held demonstrations on canning, food conservation, and the importance of milk in a child’s diet.

After World War I ended, Hoover’s Food Army was redesigned to become New Hampshire College’s extension service. Irene continued working with them and in 1919 became the assistant editor for House Beautiful, a popular women’s magazine she’s been writing columns in for years. On September 20th, 1919, Irene married John Landers, one of the lead criminal lawyers in the state. Together they had a daughter, Margaret, in 1921, and a son, John, in 1924. In 1931, Irene’s husband served as Mayor of Keene. He died the following year, leaving Irene a widow with two young children.

In 1949, Irene ran  as a Republican to represent Keene in the NH House of Representatives. She won and served three terms before running for the NH Senate and serving one term there. In the Senate, Irene chaired the education committee and was one of only two female state senators at the time. At the end of her term, Irene married for a second time, to Myron B. Hart, another state senator.

Over the years Irene was involved in various charitable organizations in Keene and other parts of the state. She was a member of the Keene Women’s Club and chaired their polio committee. She also was a charter member of the Keene Board of Education and a member of the New Hampshire Order of Women Legislators, serving as their vice-chair. Irene was also a member of the American Association of University Women, the Elliot Hospital Planning Board, the Nurses Training School, the Jackson Memorial Library, and the Cheshire Mural Associates.

On July 31st, 1977, Helen Irene Hart died after decades of educating women and working to better the city of Keene.