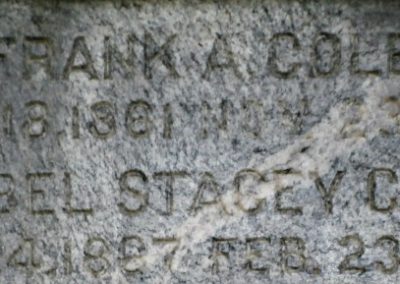 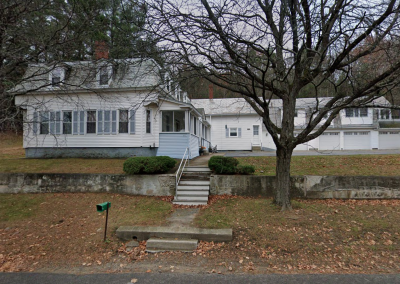 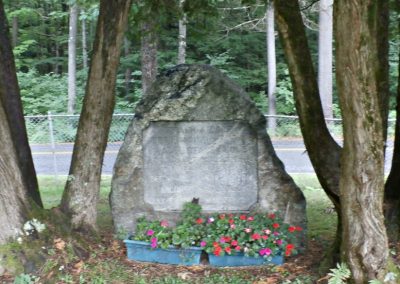 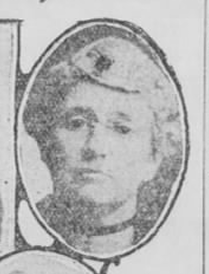 On April 24th, 1867, Mabel Frances Stacey was born to Mary (Margaret) Swett and David Stacey in Antrim, New Hampshire. Mabel attended school as a child but did not continue her education beyond the eighth grade. On December 25th, 1884, she married Chester E. Farnum and together they had two children: Madge F (b.1887) and Karl S. (b. 1888). The marriage ended in divorce In 1894 and Mabel moved to Keene with her daughter, Madge.

She found work as a live-in housekeeper for Frank Cole. Frank and his father owned a grist mill in South Keene, a grain store downtown, and a farm by their houses on Marlboro Street. After a few years, Frank and Mabel fell in love and were married on March 15th, 1902.

In the following years, Mabel became very active in Keene society. She was a member of the Daughters of the American Revolution and the Keene Women’s Club. Mabel was particularly active in the Froebel Club—one of many pro-early childhood education organizations across the country, named after the German educator who developed the first kindergartens. She served as Vice President of the club  in 1913 and President in 1915.

As soon as it became clear that women’s suffrage was going to be ratified into law, the Keene Women’s Club began organizing women to register to vote and encouraging other women to run for local city office.  In 1920, Mabel Cole ran for City Council with the encouragement of her friends and the Keene Women’s Club. She was one of seven women elected to public office in Keene, and one of five elected to the City Council that year.

Mabel represented Ward 1 and served on several committees. She was a member of the playground committee, which was created as a result of a national movement to establish safe, designated play-areas for children. Mabel was also a member of the comfort station committee, created as a result of the national movement to increase the number of public bathrooms and private, gender-segregated spaces in cities. She also served on the street light committee and the elections and returns committee.