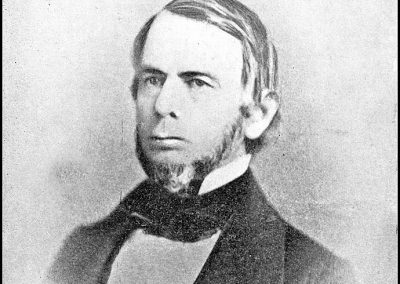 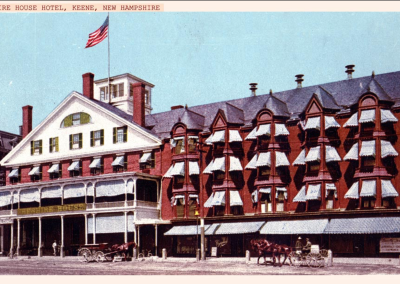 A founding member of the Keene Equal Suffrage League.

On June 15th, 1849, Mary Fiske Edwards was born in Keene, the fifth of Mary Hart Fiske and Thomas McKey Edwards’ seven children. At the time of Mary’s birth, Thomas was working as the first President of the Cheshire Railroad, having already served four terms in the NH State House of Representatives. He went on to represent New Hampshire’s second district in the US House of Representatives from 1859 to 1863. During that time, the family lived in the Cheshire House, a stately hotel in downtown Keene at Central Square.

By the 1910s, Mary was a social activist in the community, fighting for a woman’s right to vote.  On July 10th, 1912, the first meeting of the Keene Equal Suffrage League was held at her house.  The League sought to continue the work of an early generation of suffrage work in the region.  Guest speakers and suffrage strategists from around New England attended meetings in Keene to help further the cause.  Mary Elliot and her daughter Rosamond served on the board of the league along with her husband’s cousin, Grace Brennan.

Mary’s role in the community also led her to support literacy and the prevention of cruelty to animals and children.  She served as a trustee on the board of both the Keene Public Library and the Keene Humane Society during the 1910s.

On May 18th, 1938, Mary Fiske Edwards Elliot died at her home in Keene. She is remembered for her work in the suffrage movement and with various local organizations throughout her life. She is buried in Woodland Cemetery, in her family crypt, alongside many other empowered women.