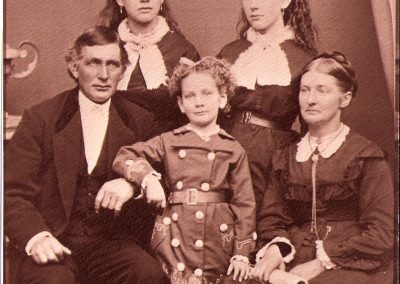 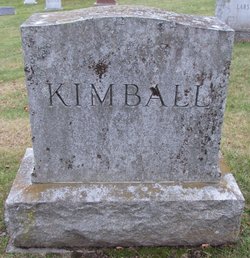 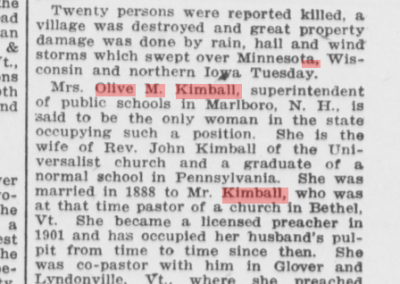 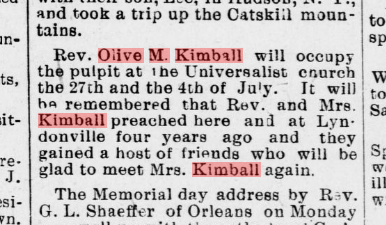 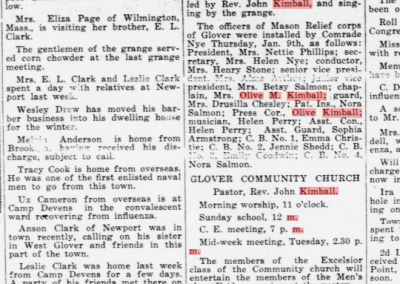 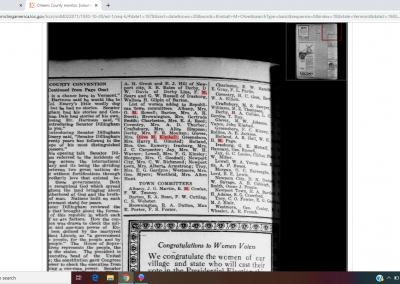 On August 24th, 1866, Olive Minerva Bullock was born in Pennsylvania, the third of Lucelia Sweet and Asa Bullock’s three daughters. Her father worked as a farm laborer, while her mother worked as a domestic servant in Richmond, Pennsylvania. After graduating from public school, Olive began teaching.

In 1901, Olive became a licensed pastor and preached alongside her husband in Glover and Lyndonville, Vermont. She was already a very active member of the Young People’s Christian Union of the Universalist Church (Y.P.C.U.) before becoming licensed and played an active role in their 1899, 1900, and 1901 conventions. In 1902, Olive was listed as the directress of the Universalist Ladies Aid, a charitable organization affiliated with the church.

The family moved to Marlborough, New Hampshire around 1905, and preached for the Unitarian Universalist Church of Marlborough—now part of the Federated Church of Marlborough. During this time, Olive became politically active and involved in the community. In 1907, she was the Chairman of the suffrage club in Marlborough and the Secretary of the New Hampshire Women’s Suffrage Association. Olive served as the Superintendent of Marlborough Schools in 1907. She was the first female superintendent in the state of New Hampshire. In 1912, she served as the President of the Women’s Universalist Missionary Association of New Hampshire. During this time, Olive also spoke at Women’s Christian Temperance Union events, in favor of outlawing alcohol.

In 1920, the Kimballs moved back to Glover, Vermont, and worked as pastors for their Unitarian Universalist Church. That same year Olive was added to the list of Republican town committees for Glover. Before their return, the church paid Olive to preach for a day in 1909. She helped organize a mission circle in 1919 for the church and hosted their first meeting. In 1921, Olive served as the President of the Red Cross and, in 1922, she served as the Chaplain for the Women’s Relief Corps in Glover.

On October 10th, 1932 Olive and her husband died unexpectedly in a car accident. She is remembered for her lifelong work with the church, for her charitable nature, and as a pioneer for women’s rights.