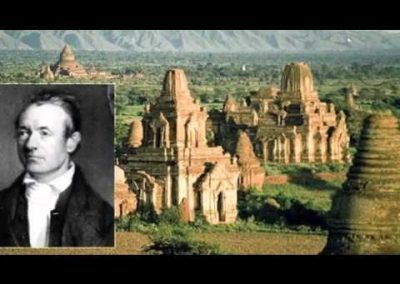 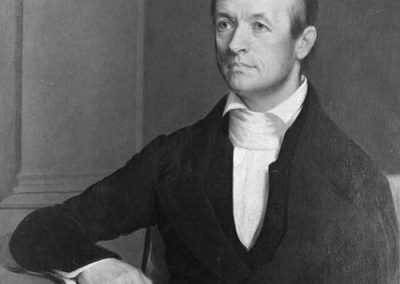 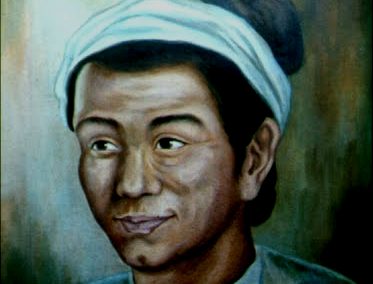 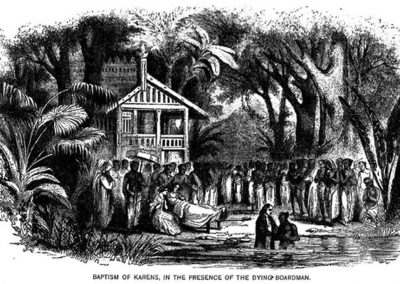 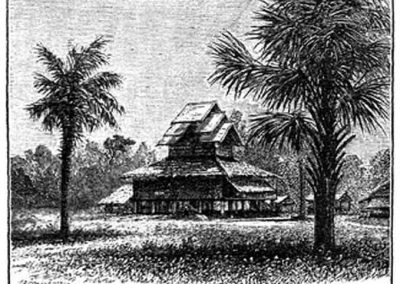 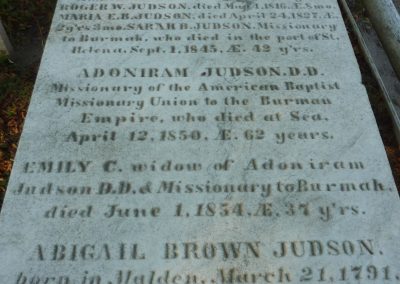 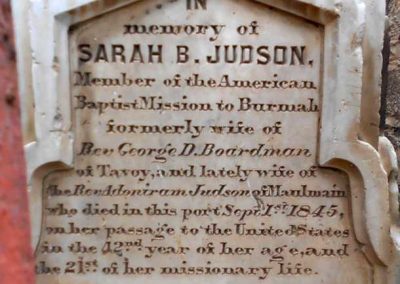 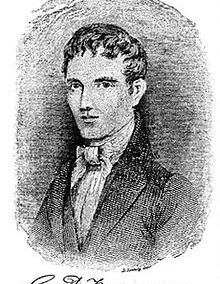 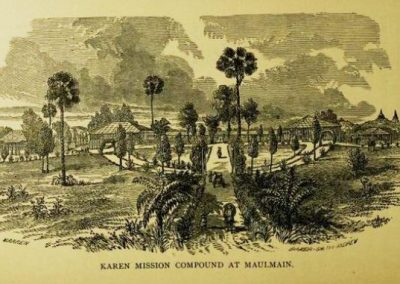 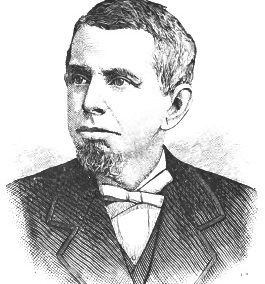 A Baptist Missionary in Burma

Beginning in the early 19th century, many women became more involved in missionary work around the world.  American and European women of Christian faith, who were also socially aware of world events, were called upon to travel to colonized regions of the world in an effort to Christianize Native people and, in their terms, “save them from eternal damnation.”  Two Cheshire County women are known to have answered this call to action during the 1820s were Sarah Judson of Alstead who worked in Burma and Cythia Farrar of Marlborough who worked in India.

On November 4th, 1803 Sarah Bailey Hall was born in Alstead, New Hampshire, the oldest of Abiah and Reverend Ralph Hall’s thirteen children. As a child, Sarah’s family moved to Danvers and then Salem, Massachusetts, where she briefly attended a female seminary. From an early age, it was Sarah’s ambition to be a Christian missionary and travel to Burma (now Myanmar). In 1820, Sarah joined the First Baptist Church and began writing religious poems, some of which were published.

In 1825, Sarah wrote a poem about the death of Mr. Coleman, a missionary in Burma. A local divinity student named George Boardman took Coleman’s place, and, after reading the poem, began to pursue Sarah. They were married and immediately set sail for Kolkata (Calcutta), India, en route to Burma. The trip took five months and was further extended by the war in Burma (Anglo-Burmesse War 1824-1826). They spent a year in Kolkata learning Burmesse and preparing for their arrival in Yangon (Rangoon). During this time, daughter Sarah Ann Boardman was born yet died in infancy.

In the spring of 1827, the Boardmans relocated Burma, moving around until finally settling in Mawlamyine (Maulmain). It was here that Sarah first came in contact with the Karen people (Burmesse for “wild men”) and worked closely with them the rest of her life. The Karen did not consider themselves Burmesse and were not Buddhists like the majority of the population. Missionaries like Sarah sought to Christianize local families. She became so fluent in Burmesse and Peguan languages that she was able to translate the novel Pilgrim’s Progress, the New Testament, Adoniram’s Life of Christ, and other religious texts from English into native languages.

Within a few years, the Boardmans moved to Dawei (Tavoy) to be closer to the Karen. Sarah birthed two sons, George Jr. and Judson. After baby Judson passed away in December 1830, the rest of the family’s health began to decline. Sarah’s husband George died the following year, but not before witnessing the Baptism of 80 Karen men and women. Sarah wrote, “three years ago they were sunken in the lowest depths of ignorance and superstition. Now the glad tidings of mercy had reached them, and they were willing to live in the open air and away from their homes for the sake of enjoying the privileges of hearing the Gospel.”

Widowed and recently robbed, the other missionaries expected Sarah and her two-year-old son George Jr to return to the United States. She decided, however, to stay and continue her husband’s work. Sarah established multiple girls’ schools and continued to work with missionaries to Christianize approximately 10,000 Native individuals.

In 1834, Sarah married missionary Adoniram Judson and they had eight children, five of whom survived past infancy. In 1844, after giving birth to their youngest child, Sarah became ill and Adoniram decided to take her back to the United States for treatment. On September 1, 1845 she died off shore of St. Helena island in the Atlantic Ocean. Sarah is buried at St. Helena but is also memorialized on the Judson gravestone in Plymouth, Massachusetts. She is remembered as one of the most prominent missionaries in Burma.

[Please note that this biography is largely based off of secondary sources and Christian missionary accounts, rather than primary source records which have not been located. Anyone with more information about Judson can contact the Historical Society of Cheshire County, Keene, NH at 603.352.1895]