Link to PDF of this article

Albert C. Johnston was a doctor in Keene during the 1940s.  His family’s story became the subject of a book and a Hollywood movie about race in America.

What was Dr. Johnston known for?

Albert C. Johnston  was a doctor in Keene who, along with his family, passed as white during the 1940s. A book was published about their story in 1948.  In 1949 a Hollywood film was made entitled Lost Boundaries.

Born in Chicago, Illinois in the year 1900, Albert Johnston grew up in a time when discrimination against black families was common.  Chicago was quickly becoming a city where many black families moved to escape segregation and violence in other states.  Albert’s family had moved there from Mississippi.  He grew up knowing people from all over the country who had moved to his city.  Albert, himiself, was a light-skinned African American. 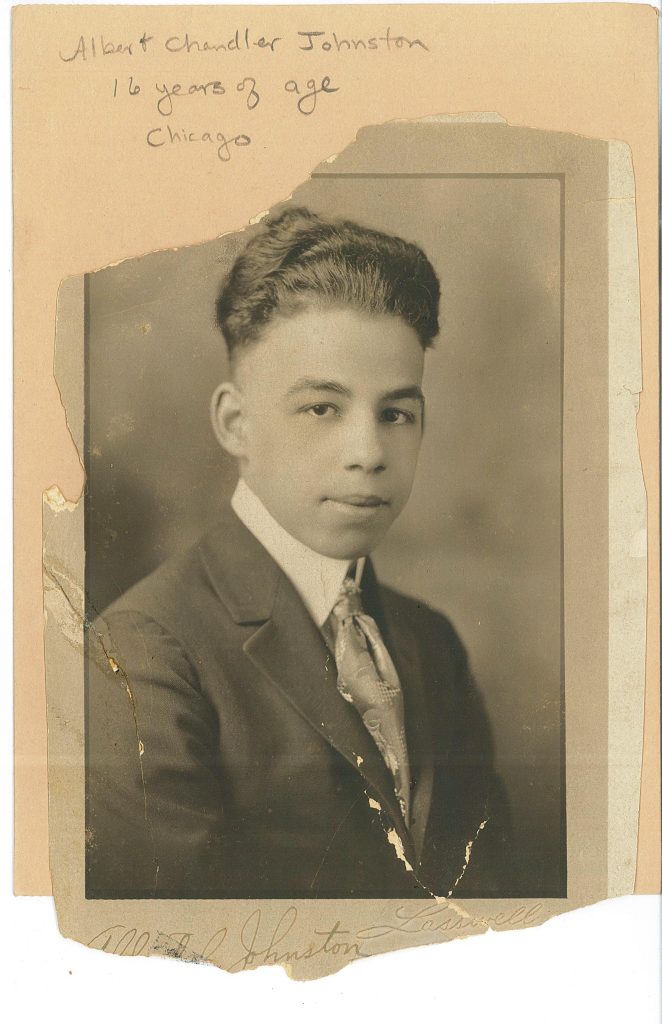 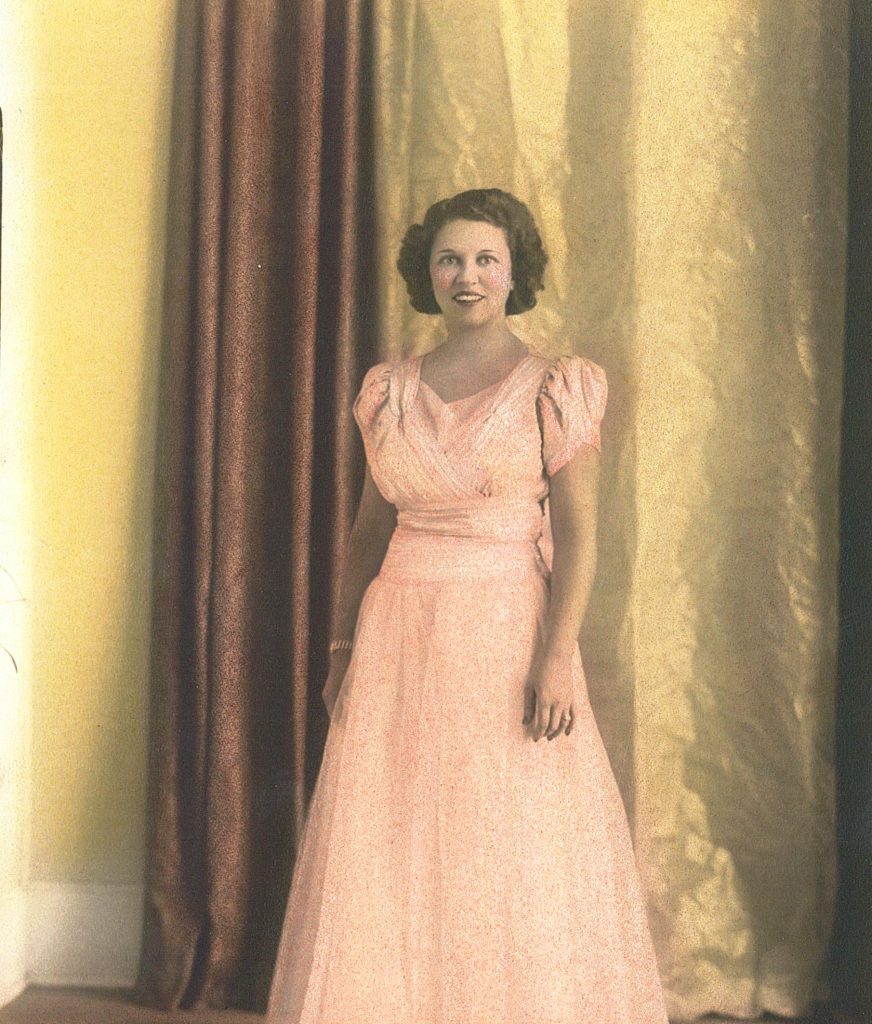 When he grew up, Albert knew he wanted to be a doctor.  He was one of two black students accepted into his medical college.  While studying, Albert also fell in love with Thyra Baumann whose family had moved to Chicago from New Orleans, Louisiana.  They were soon married.

After many tries, he had an interview at a hospital in Maine.  It was the first time that someone didn’t ask Albert about his race.  He and Thyra decided to keep their race a secret so he wouldn’t lose his job.  For years they kept this secret from everyone, even their four children.  In 1940, Dr. Johnston moved his family to Keene, New Hampshire, passing as a white family.

The Johnston family lived at a time when Jim Crow laws allowed states to segregate, or separate, people by race.  Schools, public bathrooms, libraries,  churches, and stores could restrict black families from going into their buildings.  New Hampshire was one of the few states to not use Jim Crow laws but, at the same time, families could be discriminated against.

Dr. Johnston and Thyra didn’t want their children to be treated differently than others in Keene.  They decided to let the children grow up thinking that they were white.  This was a very difficult decision.  It meant that they would have to stop visiting their relatives.  It meant that the children would never know their grandparents, aunts, uncles, and cousins.  It felt lonely, living in a new place without family. 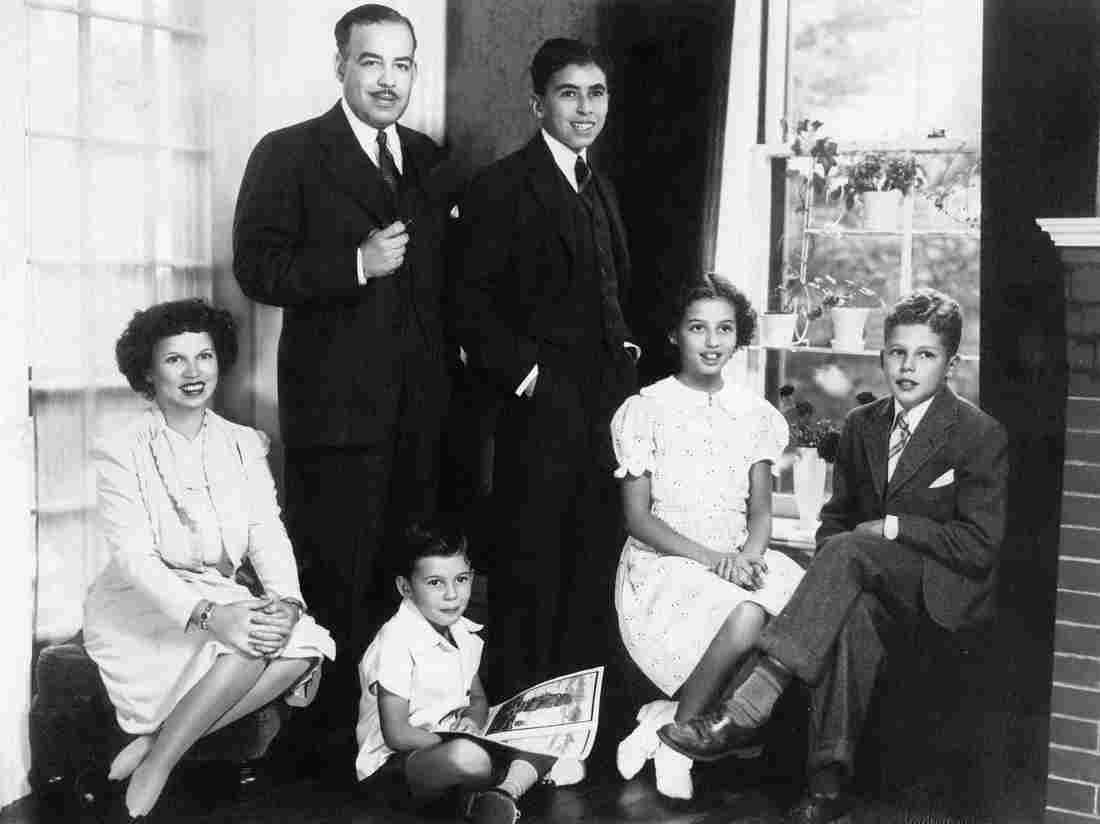 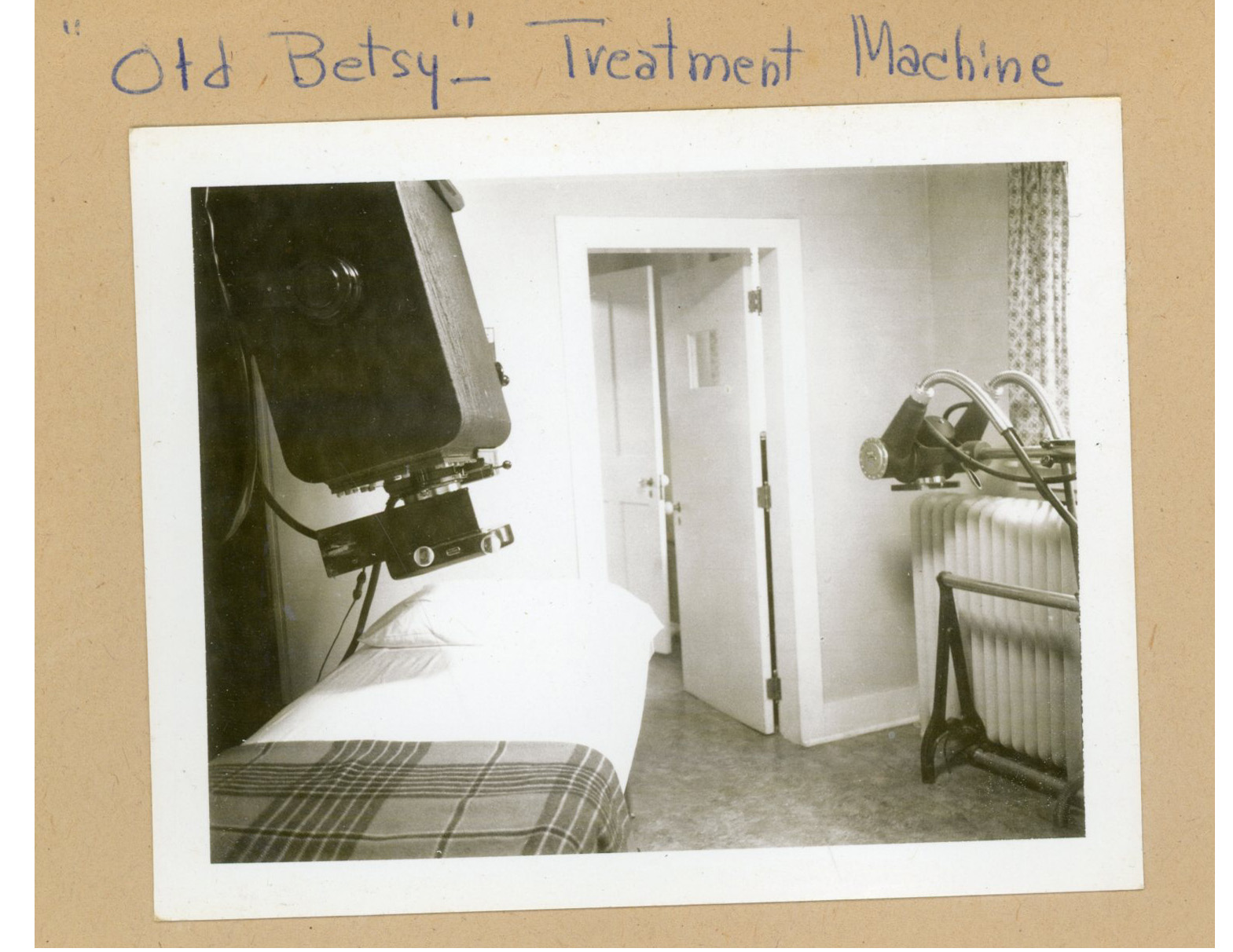 The Johnston family soon fell in love with their new home town, making many friends.  Dr. Johnston became Keene’s first radiologist, a doctor who did x-rays.   When World War II broke out, he wanted to serve his country.  The US military needed doctors to help care for soldiers.  Albert was accepted into the Navy as a medical officer. He was so happy and told all of his friends.  But when the Navy later discovered that Dr. Johnston was actually part black, they changed their minds.

At the time that Dr. Johnston was trying to join the war effort, the Navy was the only branch of the military that was still segregated.  The US government did not want a black officer in charge of white soldiers.  Dr. Johnston felt terrible.  He had already told all of his friends and everyone at the hospital that he was leaving for the war.  Thyra and Dr. Johnston decided, at that point, to reveal their secret.

One evening, Dr. Johnston shared the family secret with his 16-year old son Albert Jr.  This news came as the greatest shock of his son’s life.  Albert Jr. had always seen himself as white and he had always wanted to become President of the United States.  But in the 1940s, nobody would have guessed that a black man could become president.  His dreams were shattered.

Albert asked himself many questions, “What am I going to be when I grow up?”  and “How are my friends and teachers going to treat me back at school?”  Albert Jr. didn’t know how to feel.  He became depressed.  He could not do his schoolwork well.  He felt like an outsider in his own town.  His parents worried.

One day, Albert Jr. left home to go on a journey across the country.  For the first time, he visited his black aunts, uncles, and cousins.  He met black lawyers, doctors, and film actors.  He began to learn more about himself as a young black man. He began to feel confident about his future. 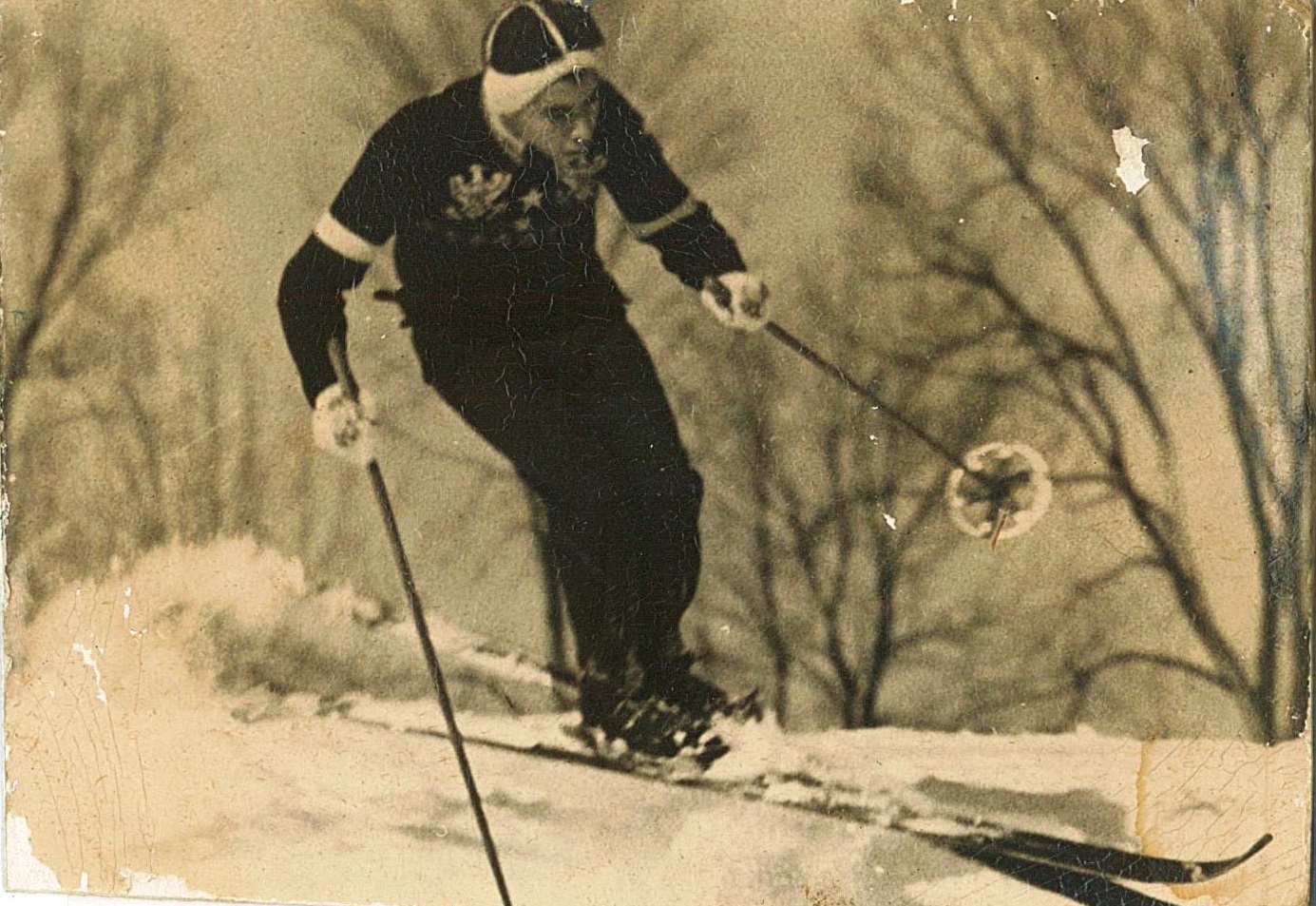 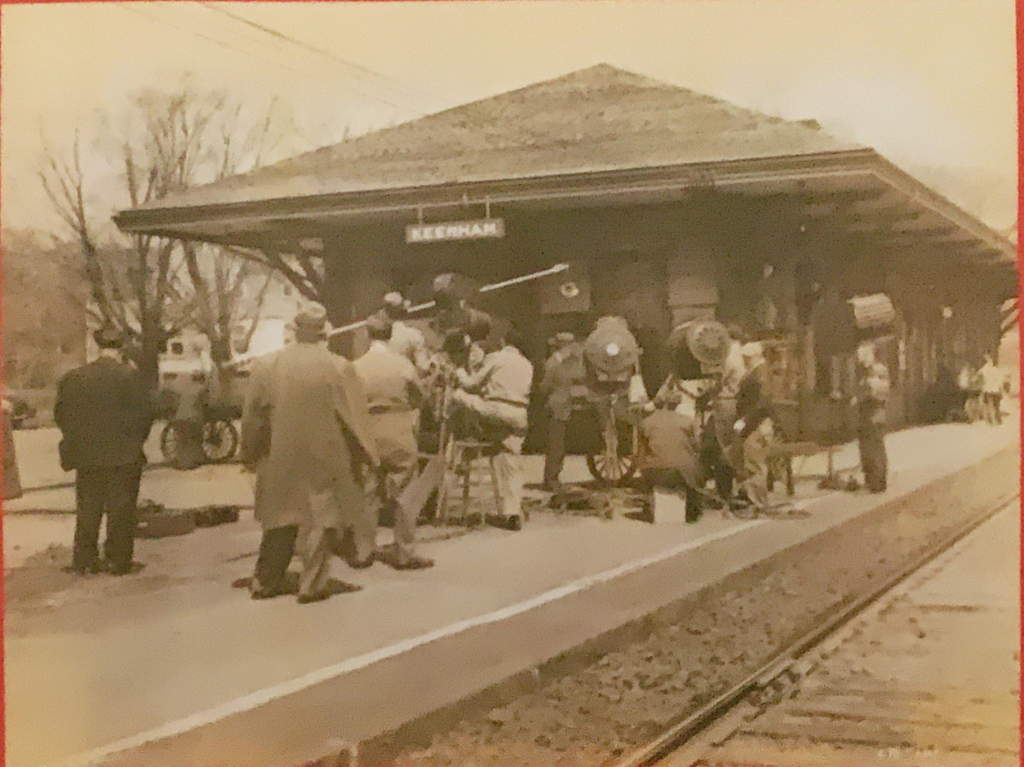 Filming Lost Boundaries in either NH or ME.  The town of Keene was changed to Keeneham for the film. [Photo credit: Historical Society of Cheshire County, Keene, NH] 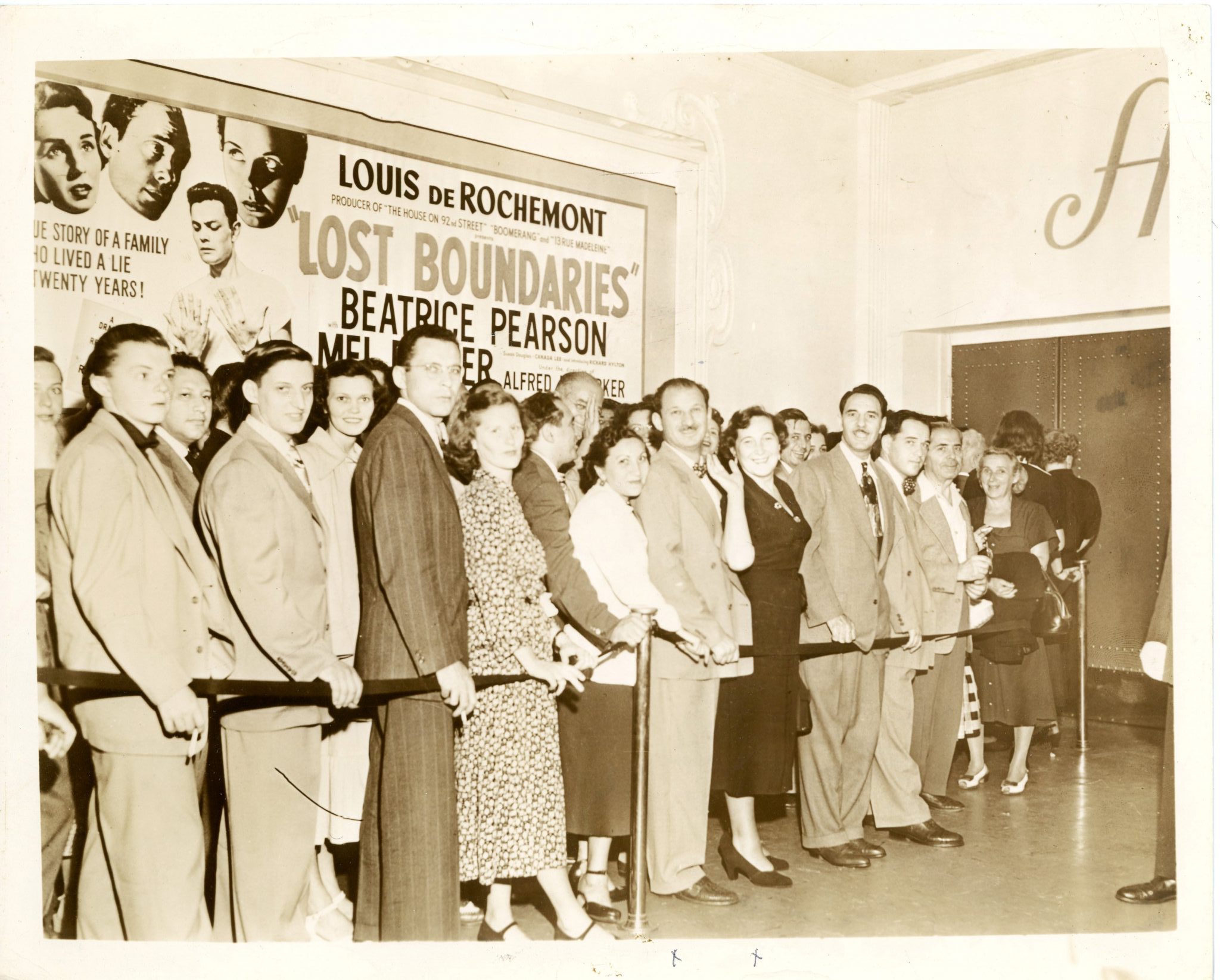 Albert Jr. returned home and entered the University of New Hampshire to become a music composer, a writer of music.  One day, he and friends visited a famous Hollywood producer who had just moved to New Hampshire. Albert Jr. wanted to ask the man to make more movies about important black people in American history.

During the meeting, Albert Jr. shared what had happened to his father during the war.  The film producer was very interested. He asked the Johnston family if he could share their story.  In 1948, the family’s story became a famous book and in 1949 it became a Hollywood movie called Lost Boundaries.  Suddenly the family secret was out!

The filmmakers worried that the movie would cause some people to get mad at the Johnstons for lying about their race.  To protect the them, the filmmakers changed their name to the Carter family. They also changed the name of the town to Keenham, NH.

Lost Boundaries became one of the top ten films in 1949.  It won an award as one of the first movies to talk about race in America.  Some people say that the Navy was finally desegregated after President Harry Trumen watched Lost Boundaries.

Suddenly, Dr. & Mrs. Johnston’s secret was news all over the country.  The Johnstons worried that they would lose their friends.  To their surprise, most of the people in Keene supported the family.  A few people discriminated against them.

The Johnston family continued to live and work in Keene for many more years.  People from all around the country wrote to them to share their own experiences with racial passing and with racism.  During the 1950s, Dr. Johnston and Albert Jr. traveled and gave speeches to help end discrimination against black Americans.

Dr. and Mrs. Johnston retired to Hawaii in 1966.  When he died in 1988, Dr. Johnston was buried back in Keene, NH.  He is remembered for being a wonderful doctor and a brave man for sharing his family’s story. 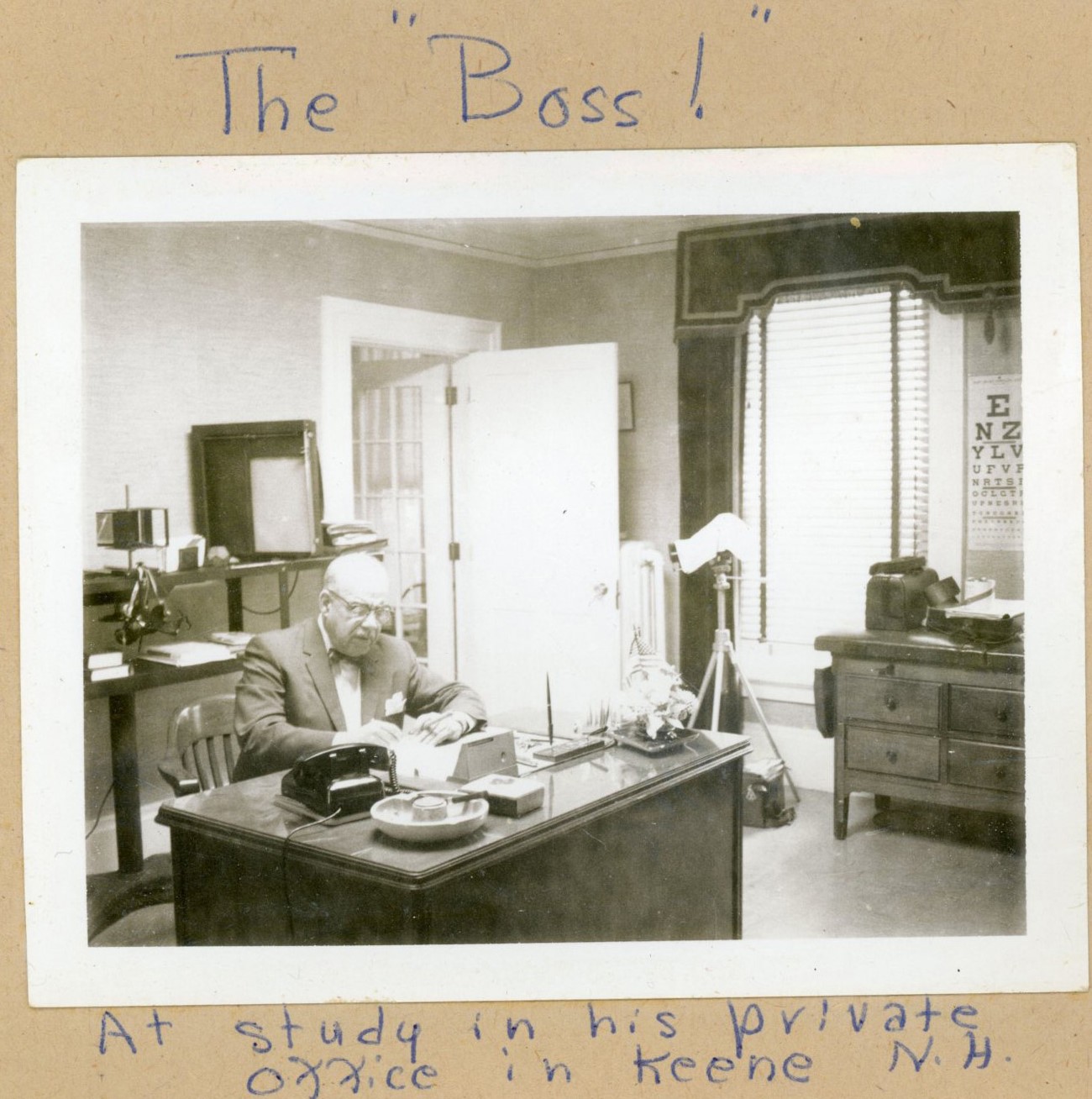 Dr. Johnston in is home office. Photo was part of the family scrapbook.

Discover more about the Johnston family with these resources 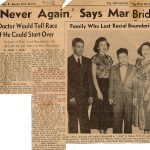 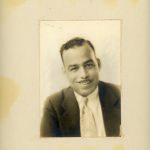 Click link to read a letter from a mother in Ohio to Dr. Johnston. 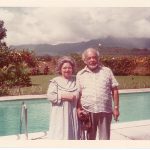