Catharine Fiske opened a school for girls in Keene, NH, at a time when girls didn’t often go to school in the United States.

PDF of this biography

What is Catharine Fiske known for?

Catharine Fiske opened one of the first schools in the United States dedicated to educating girls. The school, located in Keene, NH, attracted students from all over the country.

Catharine Fiske was born in Worcester, Massachusetts, on July 30, 1784.   When she was a baby, her father died and her mother remarried a man named James Goulding that same year.   He would become her step father.

As a child, Catharine was considered “even tempered”, meaning she didn’t often get too angry.  While other children were playing, Catharine could be found studying. She was living in a time when more girls were given the opportunity to learn how to read.  The hope for many American families, at the time, was that girls would grow up to learn to be good mothers and wives. 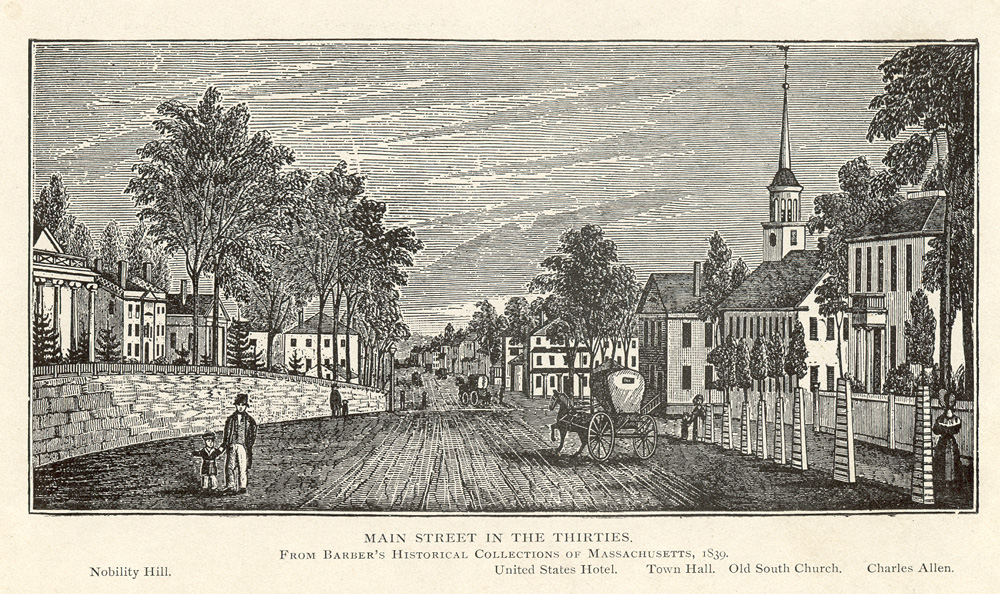 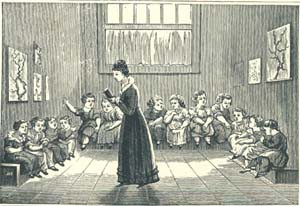 When she was only 15 years old, Catharine became a teacher in her school district.  It was common for teachers to be young men but more young women were becoming teachers as well.  Teaching was often considered a temporary job, until the woman became married.  Catharine, however, never married.  She remained a teacher her entire life.

In the year 1811, at the age of 27, Catharine Fiske moved to Keene, NH, and opened a private school near Central Square.  At that time, students only went to school up to the 8th grade.  High school classes were considered extra.  Parents needed to pay tuition to send their child to Catharine’s school.  Most often, the students were boys preparing to become professional businessmen, doctors, lawyers, or ministers.

Opening a School for Girls

After a few years of teaching in Keene, Catharine Fiske opened a Young Ladies Seminary–a private school for girls. She rented a large home on Main Street so that girls could live at the school. She did this at a time when there were no schools for girls in the state. In fact, her Ladies Seminary is considered the 2nd school for girls to open in the entire country.

In the year 1820, Ms. Fiske’s school had seven (7) girl students, aged 10-15 years old, and another nineteen (19) female students aged 16-25. While some of her students were from Keene, many students came from all over the country. One of Catharine’s students was Sarah Josepha Hale, who later convinced President Abraham Lincoln to establish the holiday Thanksgiving and wrote the nursery rhyme Mary had a Little Lamb. 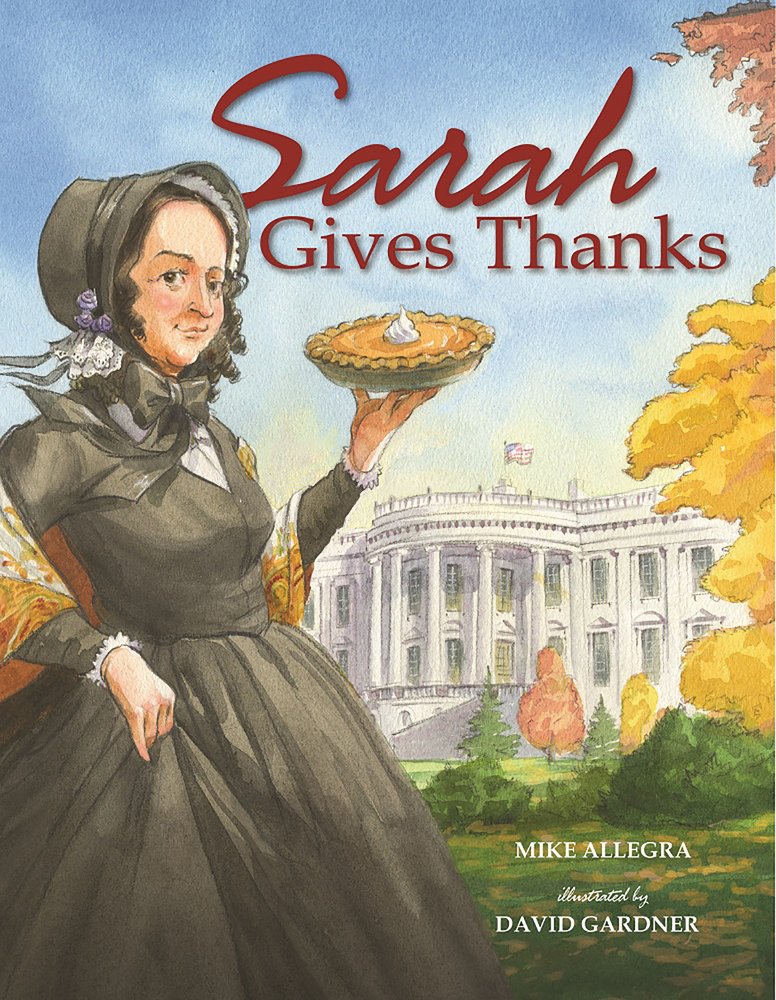 2012 book, Sarah Gives Thanks: How Thanksgiving Became a National Holiday, by Mike Allegra and David Gardner 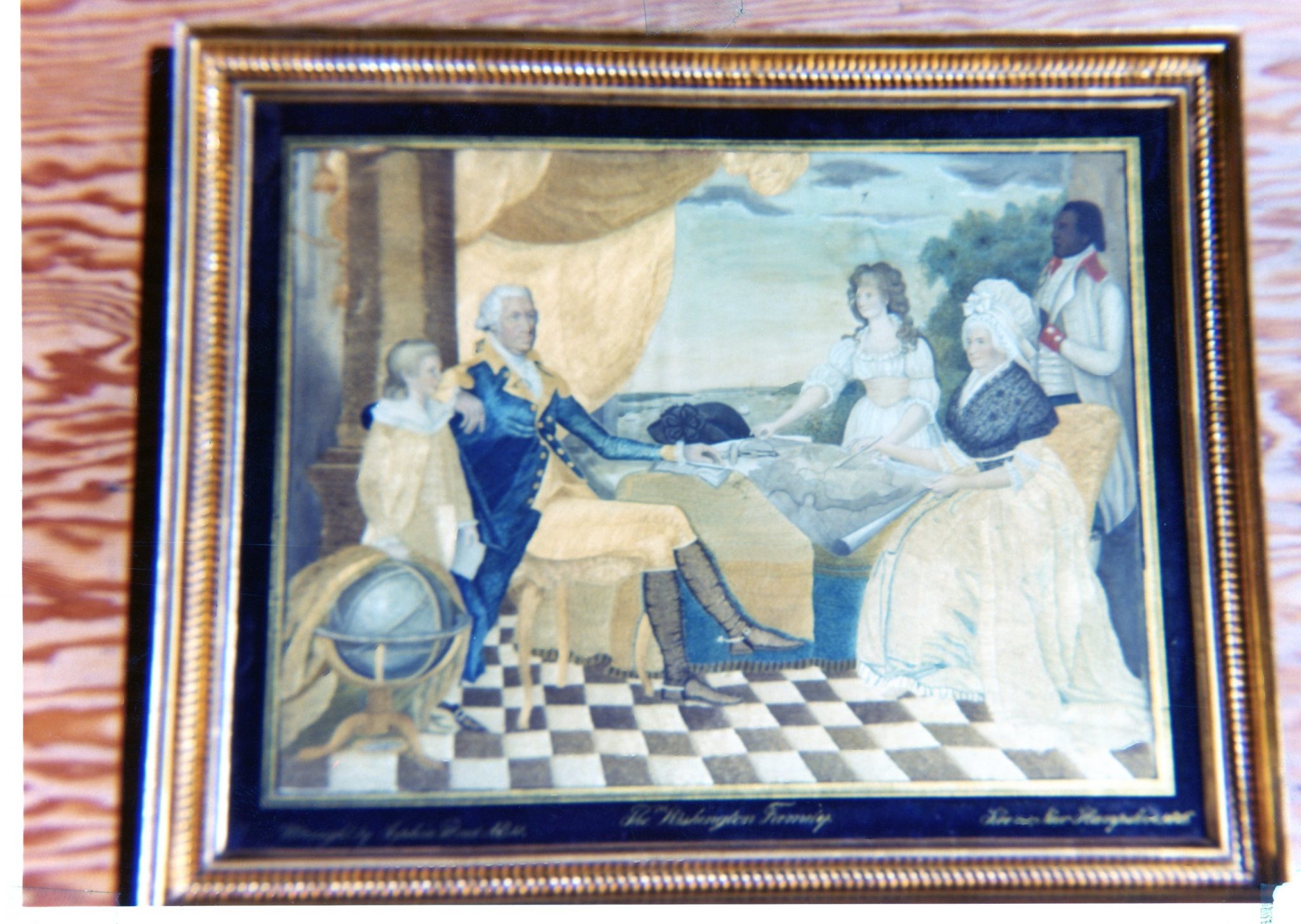 Needlework of the George Washington’s Family made by Sophia Pond, c.1805. Sophia attended the Catherine Fiske Seminary in Keene, NH.

The Classes that were Taught

In addition to running the school, Catharine purchased and managed a farm on Beech Hill so that she would have milk, meat and other farm produce for her students. She hired a farm laborer to work on the farm.

Miss Fiske continued to run her school until she died in 1837 at age 53. The town virtually shut down for her funeral. Shopkeepers locked their doors so everyone could attend the service. Church bells rang.

When she died, Catharine left enough money to continue to run the school for another 7 years. The school finally closed in 1844 after a new, and bigger, school opened in Keene. In all, more than 2,500 girls attended Fiske’s school.  Today, the building where she taught is part of Keene State College, as a home for the President of the College.  One of the dorms buildings at Keene State College was named after Catharine, as Fiske Hall. 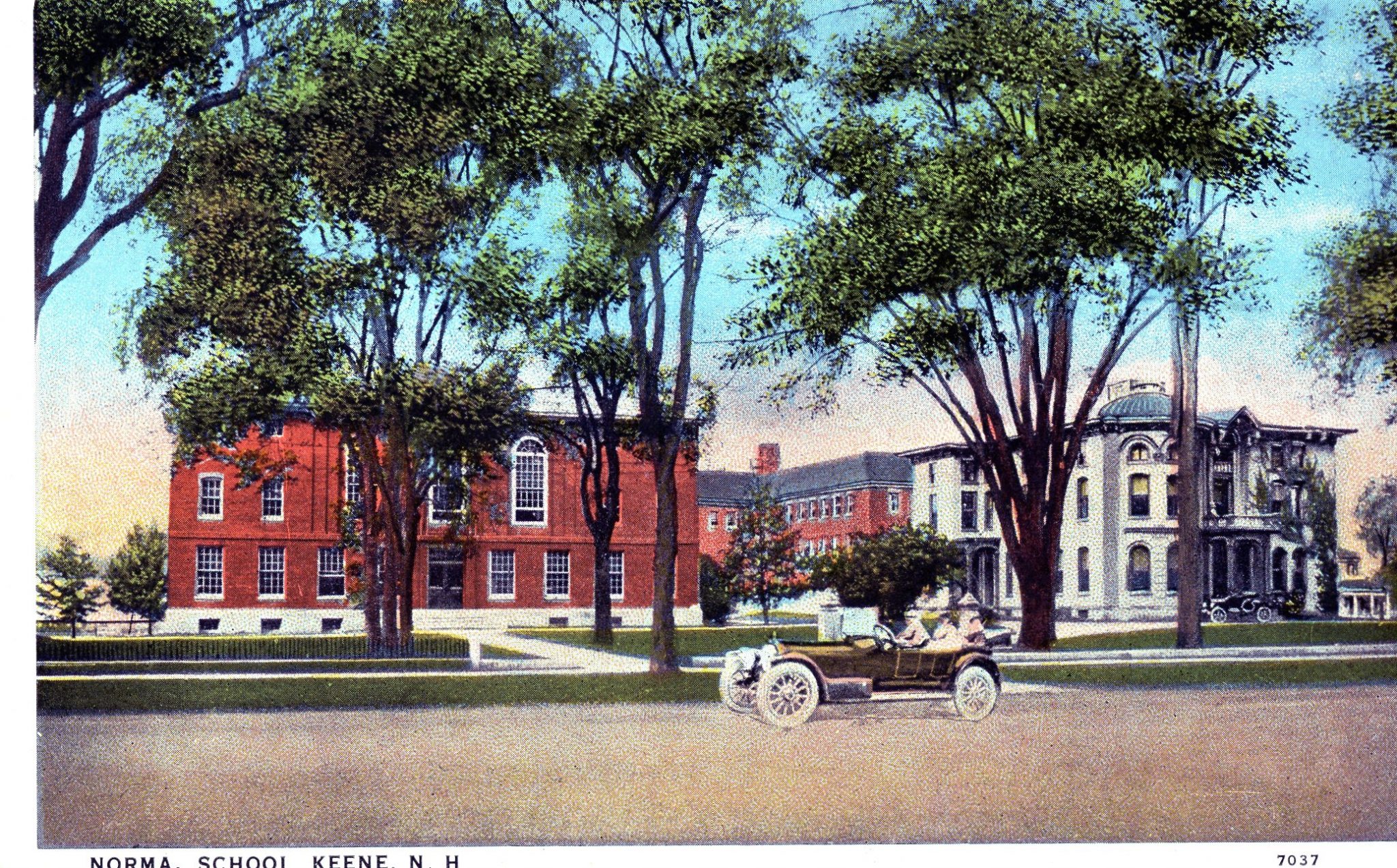 Catharine Fiske’s school (in white) during the early 20th century when it became a part of the Keene State College campus.

Discover more about Catharine Fiske with these resources 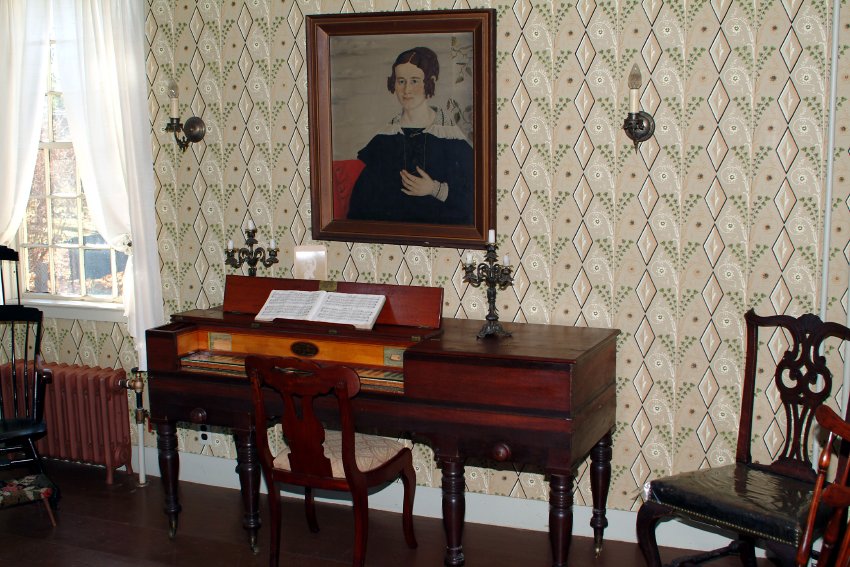 Piano forte, made in London, c.1800.  This piano was used at the Miss Fiske Seminary in Keene. It is said to have been the first piano used in Keene in the 1820s. 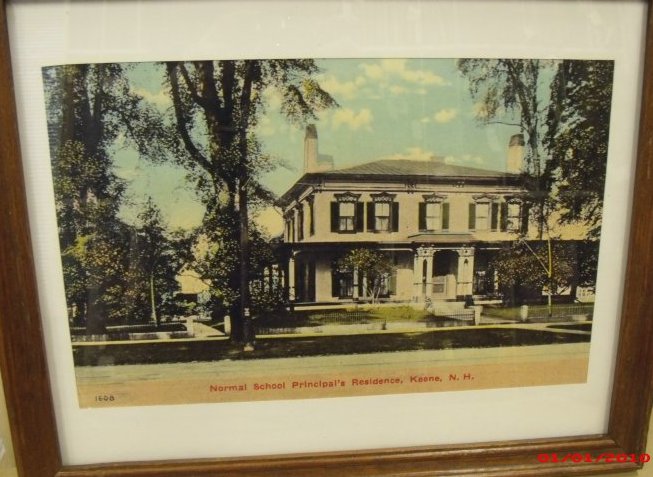 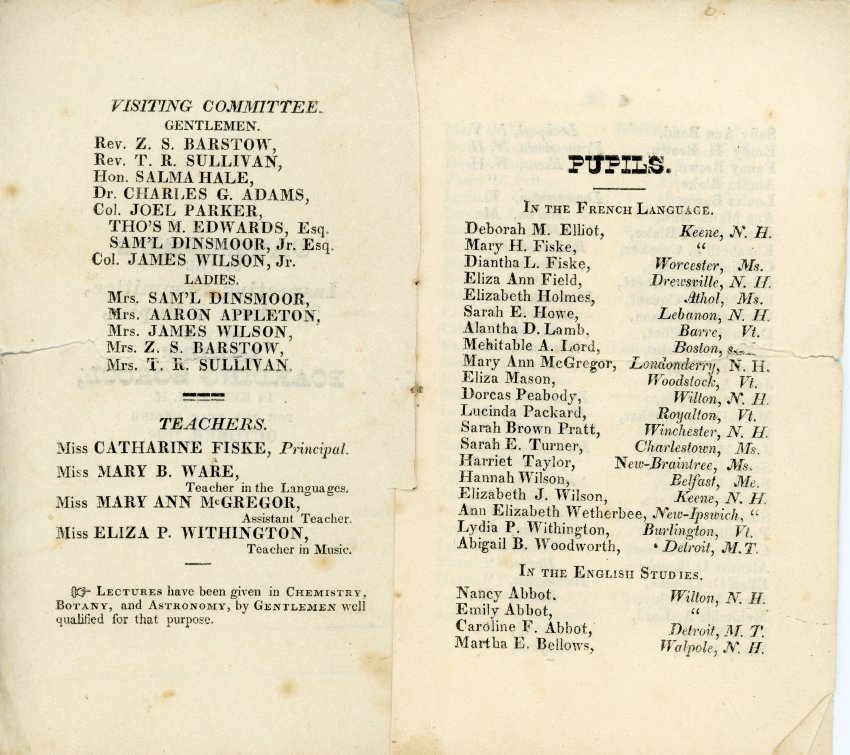