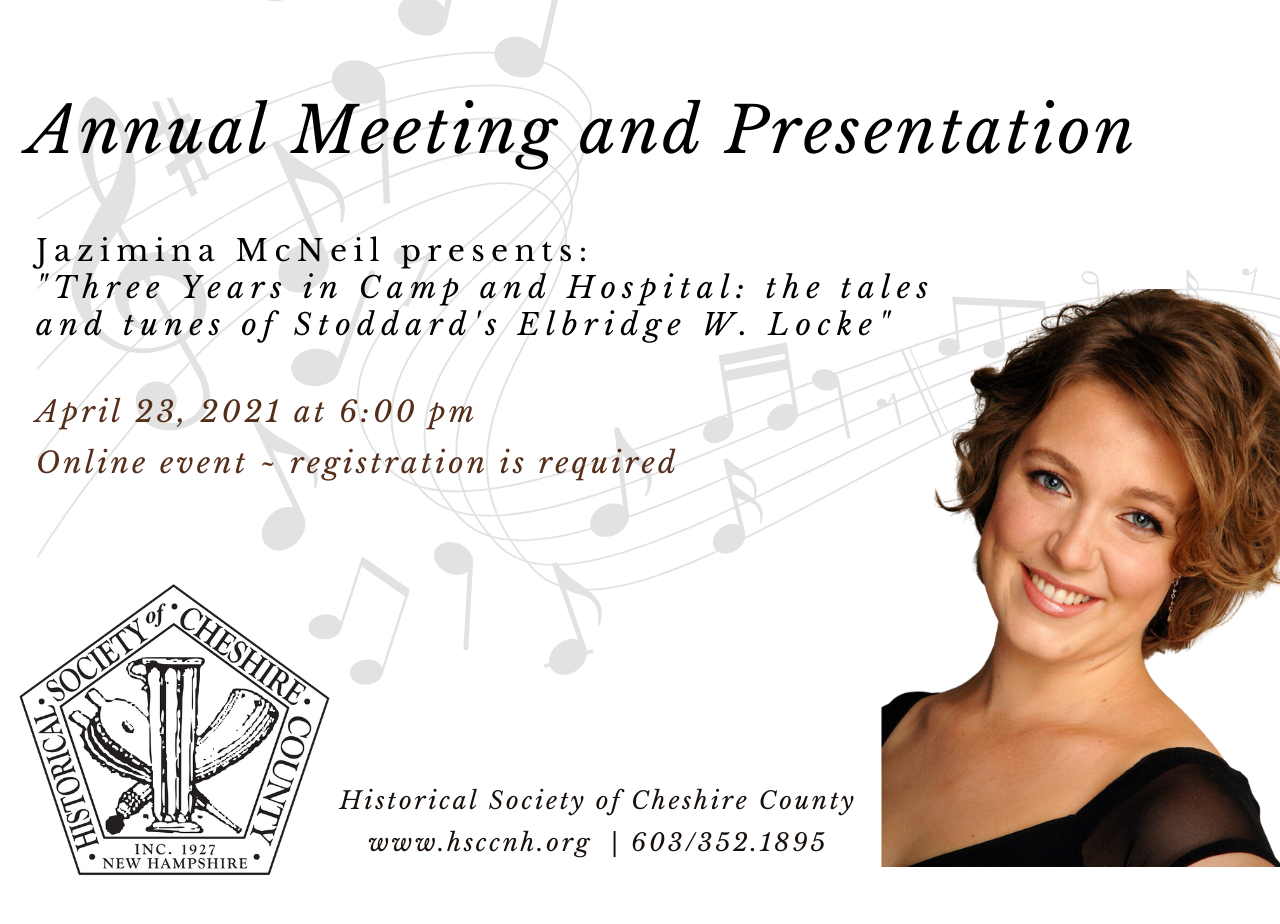 Online Event ~ Registration is required click here
Three Years in Camp and Hospital: the tales and tunes of Stoddard’s Elbridge W. Locke
From History of Cheshire and Sullivan Counties, New Hampshire 1886: “The most widely known member of the Locke family is ELBRIDGE W. LOCKE, who, as a writer of short poems and songs, a composer of music, and a pubic singer, has a reputation the family may well be proud of. Sent to the army by President Lincoln to sing for the soldiers, he became army postmaster and often associated as nurse in the hospitals at the front, and long before the three years of his time with the soldiers that had expired, he was probably known to more soldiers than any other civilian in the country. His book, “Three Years in Camp and Hospital,” had a large sale, and the “boys in blue” who saw him mounted on a stump of a tree, with a brigade of three thousand men packed around him, listening to the stirring songs and amusing stories, will never forget him.” In this class we will read excerpts of Locke’s engaging and salty memoir, “Three Years in Camp and Hospital”, listen to a selection of his songs, and learn about some of his musical contemporaries in the Monadnock Region.