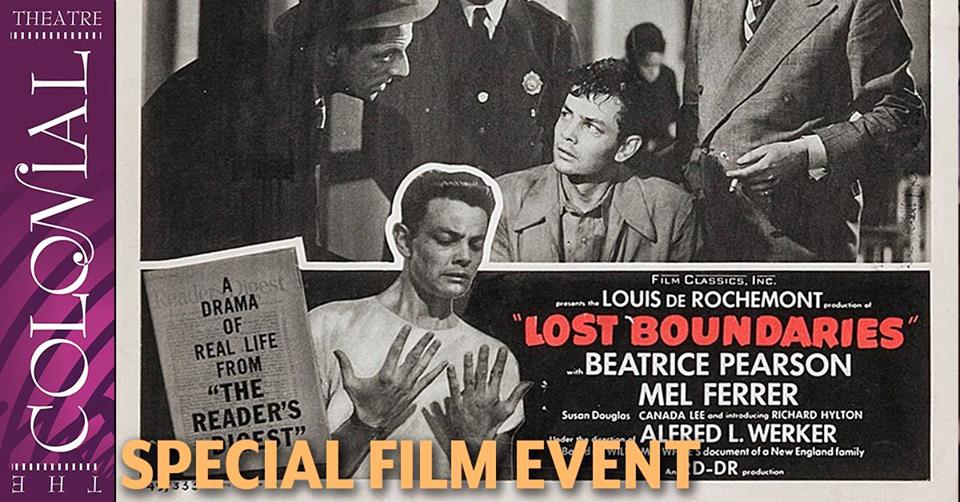 A Short Documentary filmed by NHPBS of the Johnston Family will screen prior to the film.

This film is based on a shocking true story that happened in Keene, NH. The story is about Dr. Albert Johnston and his family, a black family who passed for white in order to work while living in Keene, NH, in the 1930s and 1940s.

This film won the 1949 Cannes Film Festival award for Best Screenplay. Scott Carter (Mel Ferrer) is an African-American doctor who is eager to serve his community by working at a black hospital. However, he encounters unexpected opposition when his light skin color results in him being mistaken for a white man. At the urging of his in-laws, Carter and his similarly pale wife, Marcia (Beatrice Pearson), begin to masquerade as white to more easily find their place (to find work) in a fiercely segregated society. He moved to New Hampshire and began his 20 year career in Keene. After it was revealed he was black, he was discharged from the hospital in Keene in 1953. But Dr. Johnston remained in private practice to loyal patients in his house on Washington Street. The family later moved to Hawaii.

This film ran to full houses for 6 months in a theater on Broadway. When a re-release of the film opened in Keene, NH in the late 1980’s at KSC, over 1100 residents came out to see it. Members of the Johnston family were here at that opening and were very warmly received by many. Dr Johnston’s only surviving granddaughter will be attending the screening. At his request Dr Johnston was laid to rest in Keene, NH after his death.

The film will be followed by closing words from Dr. Dottie Morris, Associate Vice President for Diversity and Inclusion at Keene State College.

An exhibit about the Johnston family and the film will open at the Historical Society of Cheshire County on January 27, and run until February 16.