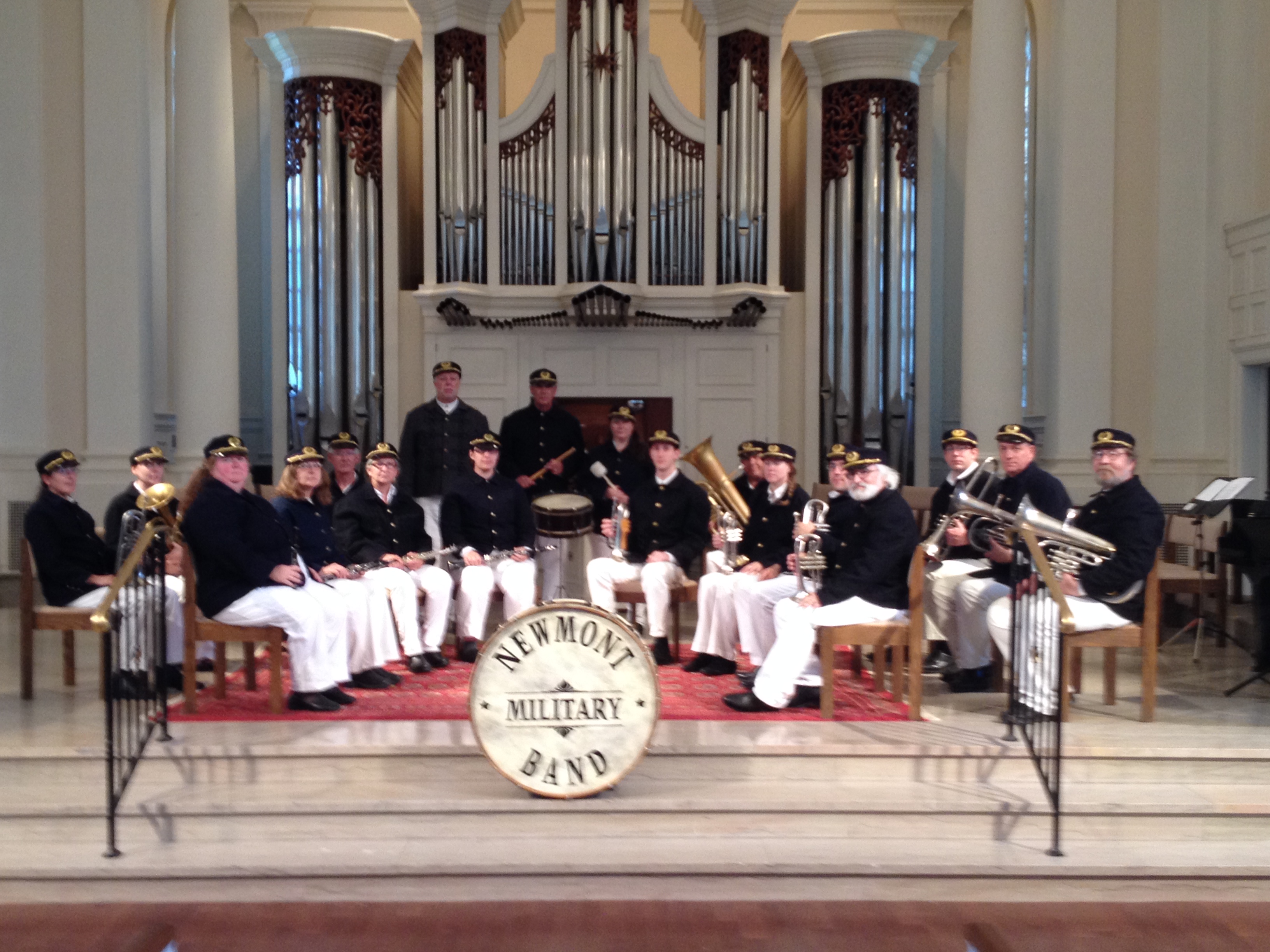 Experience authentic sounds of the late 1890s with the Newmont Military Band (NMB) when it performs at 3 p.m. on Sunday, August 25, 2019 in Heberton Hall, 60 Winter Street, at the Keene Public Library. The event is free and open to the public.

Many are the historical connections with this band and Keene, from a performer in the band itself, James C. Chesebrough, Professor Emeritus of Keene State College, to the famous composer of music to be performed at the event, Edwin Eugene Bagley (1857–1922), a favorite son of Keene and the person to whom the bandstand on Central Square was dedicated in 1979 by the visiting First Lady Rosalyn Carter.

NMB, which was formed in 1995 in Windsor, VT., follows the original instrumentation that many of the ”Military” bands employed in the late 1890s. Most of the brass instruments played by the musicians in NMB were manufactured during the 19th century, and all of them harken back over 100 years when compared to the sound of a modern band.

NMB’s 2019 program, The Music of New England’s Bagley Brothers, features the music of E.E. Bagley, whose music was known far and wide, while he resided in Keene for the majority of his professional career. He wrote and first performed the National Emblem March in Keene. The composition remained second only to John Philip Sousa’s Stars and Stripes Forever in popularity, according to the late Keene Historian David Proper.

The late Mr. Bagley’s gravesite and memorial are located in Keene’s Greenlawn Cemetery.

Made possible through the generous donation of Ruth and Carl Jacobs of Keene and through the auspices of the Historical Society of Cheshire County, the performance will include music from the War Between the States, love songs, marches, dances, and old folk songs. Very likely also to be performed will be the National Emblem March.

The band has performed at the Shelburne Museum’s Heritage Days in Windsor, VT; the Franklin Pierce Homestead in Hillsborough, NH; The Gettysburg, PA, Band Festival several times; The Lutheran Seminary at Gettysburg; and at numerous other historic venues.

NMB players possess a different level of skill to produce the sound so indicative of the old-time bands. Their uniforms are based on photos of the Windsor Military Band performing at the summit of Mt. Ascutney in 1903..

Brought to you by Ruth and Carl Jacobs, Jr., Historical Society of Cheshire County and Keene Public Library 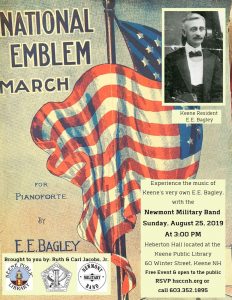