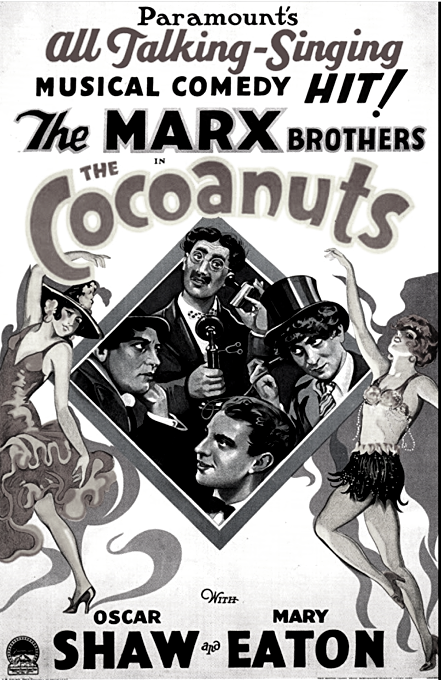 at the Keene Public Library

Keene’s Scenic Theatre first premiered this Marx Bros. comedy film in August 1929.  An instant hit with local audiences, the theatre brought The Cocoanuts back on two more occasions that year.  In the film, the Marx Brothers reenact many vaudeville routines from their Broadway show to create a film about a Florida land boom, a hotel, and a jewel robbery. While watching the film, the Historical Society wants the audience to note that the film crew had trouble following the Marx Brothers around with microphones to catch their dialogue.  The grips, out of desperation, resorted to hanging microphones from fishing poles to create mobile mics.  Discussion with film historian Larry Benaquist to follow.  The Cocoanuts is shown as part of the Historical Society of Cheshire County and Keene Public Library’s film series entitled “Sound Comes to Keene.”