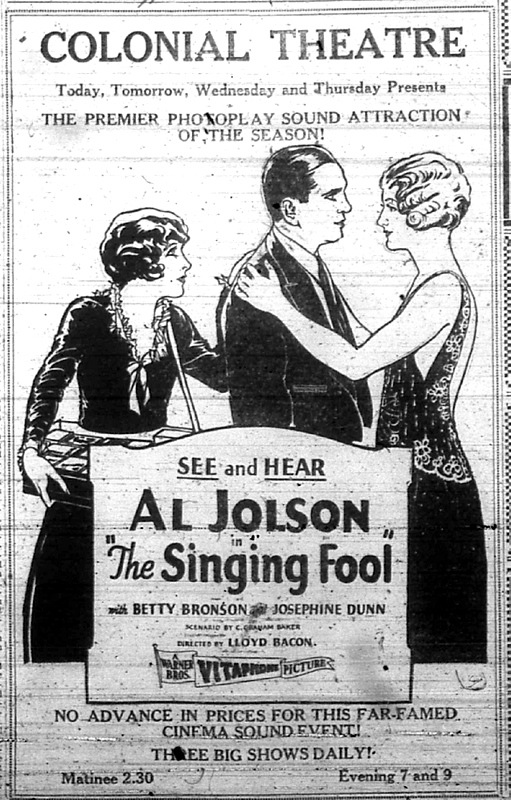 Warner Brothers released The Singing Fool starring Al Jolson, on September 19, 1928.  It was shown at the Colonial Theatre in Keene that year. This film, the follow-up film to The Jazz Singer, was even more successful than its predecessor. The Singing Fool has all of Jolson’s songs in synchronized sound, and many of the dialogue sequences as well as the music track.