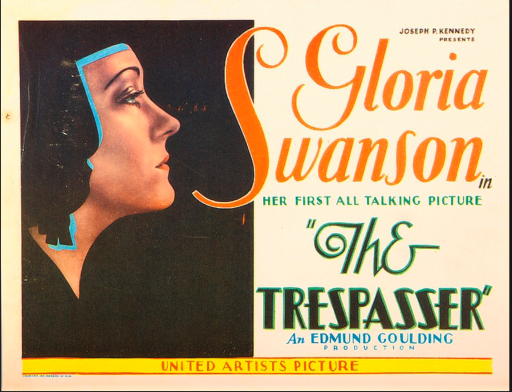 at the Keene Public Library

Released on November 1929, The Trespasser screened at the Scenic Theatre in Keene on December 17th and 18th, 1929. Ninety minutes in length, this was Gloria Swanson’s first talking film and it was a tremendous success. The Trespasser is a melodrama in which Gloria is a secretary who marries a wealthy but weak-willed young man whose father forces his son to annul the marriage; however, she has a son, and gossip starts that she is a “kept woman.”