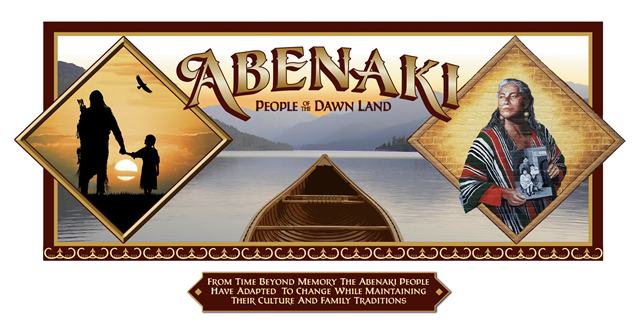 The land that currently makes up the Monadnock region is Abenaki homeland known as N’dakinna (Abenaki for ‘our land’).  Abenaki people today remain connected to the land, which stretches between Vermont and New Hampshire, north into Canada, south into parts of Massachusetts, and into eastern New York.   The word Abenaki is a combination of two words “Abena” meaning “Flickering Light” and “Ki” meaning “People.”  Together the word translates as “People of the First Light” or “People of the Dawnland.”

Archeological evidence of Paleo-Indian activity was discovered in Keene in 2012, at an area known as Tenant Swamp (now the site of the Keene Middle School).  According to Dr. Robert Goodby, lead archaeologist on the project, Tenant Swamp acts as one of the oldest sites of human activity in North America and dates as far back as 12,600 years before present . At that point in time, the settlement would have been located along the high banks of the Ashuelot River.   Stone fishing dam and fishing sites, dating to about 9,000 years ago, have also been found along the Ashuelot River in Swanzey, NH.

The region where Keene, NH is located was known for generations as ‘Ashuelot’ (Land between place) by the Western Abenaki and was considered a major cross roads of both overland trade/travel routes as well as water ways. The main river is still known as the Ashuelot River.  Well-developed systems of trails interlaced the region.  These trading routes were later used by European-Americans as their first roads and highways.

One of the most well-known Abenaki families in Keene history is the Sadoques family.  As with other Abenaki families of the region, the Sadoques family history stretches throughout New England and up to Odenak (St. Francis), Canada, near Montreal.  In 1880, Israel M’Sadoques and his wife Mary Watso M’Sadoques moved to Keene with their daughter and son from Odenak, Canada.  Eight more children were born to the family in Keene.  Israel, a hunter and trapper by trade, opened a tannery and ash splint business while his wife was known as a master basket maker, often making baskets for her family members.  The Sadoques family lived in the Monadnock region into the 1990s, when the last daughter Margaret passed away in 1993.  Descendants of Israel and Mary Sadoques, as well as extended family, continue to live throughout New England and Quebec.

The archives and Wright Reading Room at the Historical Society of Cheshire County contain a series of articles by Abenaki scholar Margaret Bruchac on the Abenaki people of the Connecticut River Valley (MG#158), publications on Abenaki history and culture, and historic documents and photographs related to the Sadoques family of Keene.