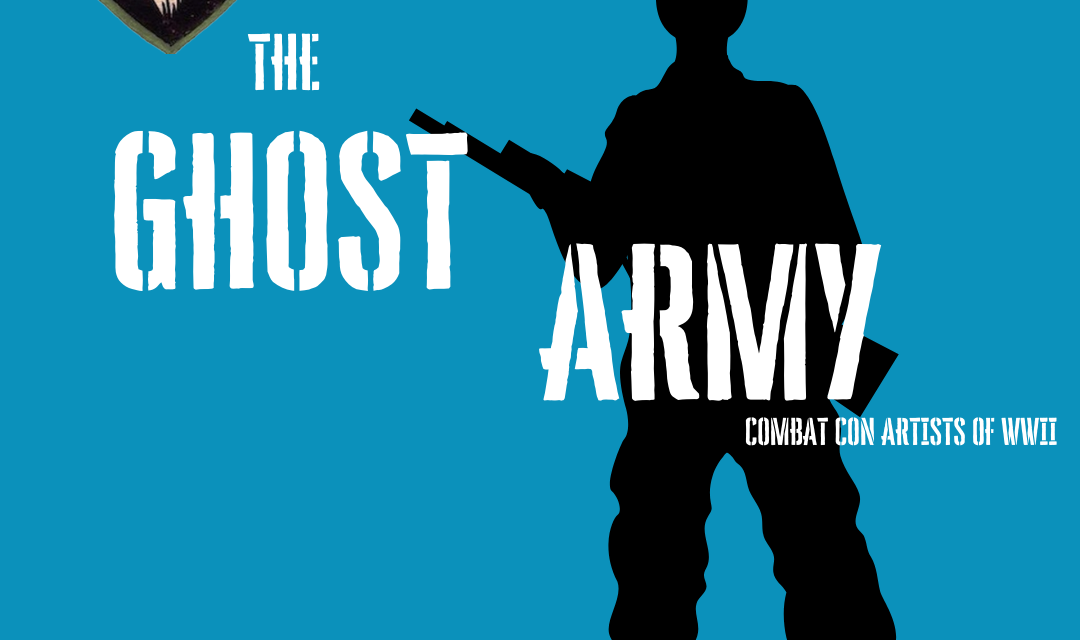 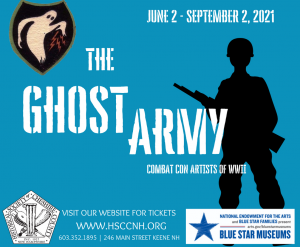 During World War II, a hand-picked group of American GI’s undertook a bizarre mission: create a traveling roadshow of deception on the battlefields of Europe, with the German Army as their audience. The 23rd Headquarters Special Troops used inflatable rubber tanks, sound trucks, and dazzling performance art to bluff the enemy again and again, often right along the front lines. Many of the men picked to carry out these dangerous deception missions were artists. Some went on to become famous, including fashion designer Bill Blass. In their spare time, they painted and sketched their way across Europe, creating a unique and moving visual record of their war. Their secret mission was kept hushed up for nearly 50 years after the war’s end.

The Ghost Army traveling exhibit was on view at the Historical Society of Cheshire County in the summer of 2021 with over 1,100 people in attendance.  It featured the story of local veteran Ghost Army Mickey McKane.